Showing posts from December, 2012
Show all

It was very remiss of me, but back in July – after picking my favourite music from the first half of the year for a playlist – I never posted the accompanying background as intended. So it sat there unfinished until now. On the bright side, I’m going to post it now, along with my picks from the second half of 2012, making for a neat two-hander (hopefully). As with all these things, a flick around the blog will usually unearth more info on the tunes, something I’d strongly recommend in all cases. This week's show was a kind of round-up of my favourite music of the year so far (being that we're about halfway through the calender at this point). If you're a regular listener or check in on the blog regularly, you'll already know what my faves consist of. They're in these playlist posts. But to go with that playlist, I thought I'd gather together some info about the tunes from these pages over the last 6 months. So here they are, starting with that mix. Podcast
Post a Comment
Read more

Last show of the year, featuring a few more Christmas pieces and a few more of my Best of 2012 choices. I was all set for a great segue, from ‘Cheer up Charlie’ (from the film Willy Wonka & the Chocolate Factory , which is of course de facto Christmas music), on into Mumblin Deaf Ro’s brilliant almost-riposte ‘Cheer up Charlie Brown’, but I almost fucked it up. I forgot to bring the former with me and just about managed to pull it off via a crackly youtube link. We also had the incomparable Dylan Thomas reading his own ‘A child’s Christmas in Wales’, a peerless piece of writing and delivery, followed by John Cale’s song of the same name to finish the show. The Spook of the Thirteenth Lock, Jherek Bischoff, AU, Hidden Highways and Sone Institute all helped to make 2012 great musically, for me. There’s also new music from (The) Caseworker, Cat Power and Seb Rochford & friends, in the latest of the Days & Nights at the Takeaway series. And one of my favourite Cork
Post a Comment
Read more 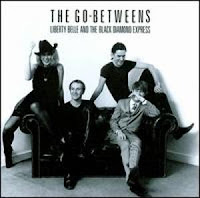 We’re not doing a Christmas special as such this year, but I will slip in a few songs of the season before we take a break for the holidays. So we had Johnny Cash singing a June Carter song, Darlene Love with an incomparable wall of sound and Dean & Britta with some gorgeous dream pop. In one way or another, all three songs are about a return to another time or place, some kind of home. New music wise, The Great Balloon Race , a fantastic Cork band whose debut album is just out, also Adrian Crowley, Yo La Tengo, Sylvain Chauveau & FU . And from earlier in the year, Kyle Forester singing the wonderfully laconic songs of Joshua Stein, Dirty Projectors rocking out and the great cut up rhythms of Zammuto . In the “My Highlights of 2012” category, David Byrne & St Vincent and Ariel Pink , both on 4AD but poles apart in most other ways. And a pair of chamber pop beauties – Jon DeRosa from his great new album, and The Go-Betweens , from the 1986 classic album Liberty
Post a Comment
Read more 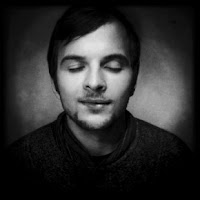 Photo: Antje Taiga A couple of weeks ago, I did a phone interview with Nils Frahm for WeAreNoise . He was in London, in the middle of a tour, which would take him on to Cork and Dublin later that week. As with all the Erased Tapes artists, it seems, he came across as a thoroughly nice, rounded individual, genuinely concerned for and interested in the feedback and reaction of fans to his music. Interesting also to hear him talk about discovering something by accident (in rehearsal) but then running with it. I didn't get to see him play, unfortunately, but I believe it was pretty special. First published at http://wearenoise.com/index.php/2012/11/nils-frahm-interview/ . Hi Nils, can I ask you first about your new EP, Screws , which you recorded while you had a broken thumb earlier in the year. How did you come to record an EP in that state?! It was against doctor’s advice to rest, wasn’t it? Yeah that’s right. It wasn’t really planned to become an EP, I just thoug
Post a Comment
Read more
More posts