Showing posts from August, 2014
Show all

August 30, 2014
The second tune from this Florida band's 4AD debut album is an absolute killer and has been rattling memorably around my head for the last few months. Firstly, there's an unforgettable guitar riff locked down with a four to the floor drumbeat. Not a distorted riff, it's clean, a descending pattern and it kind of unwinds itself, insidiously, vaguely threateningly, like a snake raising itself off the floor. Then there's the vocal of Carson Cox. What a wonderful instrument that is. You imagine him pulling off a white soul or a lounge act quite easily. Plus he has a side of the mouth delivery that's intriguing. So chorus lyrics as innocuous as "all your thoughtless words" take on an extra weight or gravity. That chorus also has a great arrangement touch, a layered octave vocal which lifts the whole proceedings another notch. There's an atmosphere of coiled tension about the whole thing, even with the major key and smooth singing, which in itsel
Post a Comment
Read more

August 30, 2014
The second single from the new album Sunbathing animal finds the Courts nestling comfortably into the space where Television and Pavement collide. The first guitar interplay (staccato power chord to 3-note riff) brings us a taste of 1992 – it’s Slanted and Enchanted all over. The vocal has all the shouty, confrontational stance of Stephen Malkmus but without the wordiness. Andrew Savage does a whole lot with less – “bodies made of slugs and guts”. The guitar solo is pure Tom Verlaine – in fact, if you drift off you could take the view that the entire song is a freewheeling, guttersnipe version of ‘Friction’ from Marquee Moon . Then back to Pavement for a no wave, noise collapse and crisp kiss-off. It’s a beautiful thing, all round.
Post a Comment
Read more 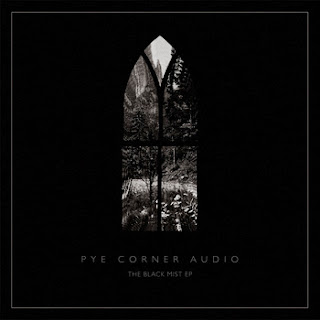 Another tune that was floating around my ether over the summer, from the great Front & Follow label based in Manchester. The title track is a wonderful Krautrock concoction, dominated by a motorik bass and phasing synths. There's an epic four-note melody across the middle and some very tasty percussive touches later. It's pleasingly relentless, with a lovely industrial chug about it and seven minutes positively flies by. It reminds a bit of Roll The Dice's post-industrial soundtracks of late, except that this one could rule the dancefloor aswell as offer a compelling 21st century narrative. Full details on Pye Corner Audio at http://www.frontandfollow.com/ . Followers of The Outer Church and TYPE Records will already be familiar. The Black Mist EP by Pye Corner Audio
Post a Comment
Read more 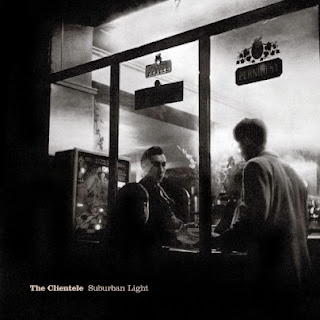 One of my favourite albums of last year was The house at sea by Amor de Dias on Merge Records , an Anglo-Spanish duo made up of Alasdair MacLean and Lupe Nunez-Fernandez. Their brand of chamber folk might have been too twee for some people but it resonated in a major way with my inner Go Between. There was a nostalgia and a writerly quality to it that Grant McLennan would have been proud of. MacLean used to front English group The Clientele , a band who shared some of the atmospheres of Amor de Dias, although leaning more towards electric guitars than acoustic or Spanish for its core sound. Now Merge have reissued that band’s debut album Suburban light (a collection of singles originally released in 2000), remastered and including previously unreleased tracks and alternate versions. Where it failed to find much of an audience at that time, it should find a much more receptive public these days. It’s warm and fuzzy, blissful dream pop with a strain of sadcore running through
Post a Comment
Read more 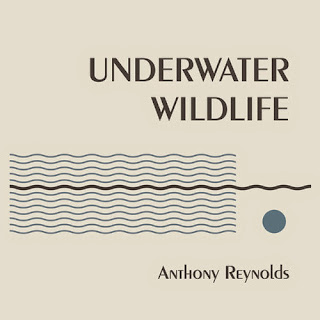 A collection of assorted recordings drawn from various EPs and albums, but also advertising, film soundtrack and other private commissions, making it most unusual already. Add to that a great ear for melody and Reynolds’ aching baritone and it all becomes rather special. Cardiff native Reynolds used to front a band called Jack (then later Jacques also) in the 1990s who were signed to Beggars Banquet imprint Too Pure. They played a brand of literary, baroque pop which may have been lost beneath the hysteria around Pulp and The Divine Comedy, or was possibly just not understood. I must admit I missed them at the time but a good friend of mine, Songs to Learn and Sing , still talks about Pioneer Soundtracks as one of his favourite albums of all time. http://www.anthonyreynolds.net/pages/jack-a_biography.htm A quick flick around that website reveals seminal influences in the shape of Japan, David Bowie and Scott Walker, among others. Those aren’t bad reference points for
2 comments
Read more 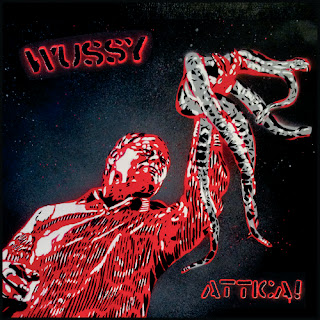 A couple of years ago, I heard Wussy for the first time and fell in love with them, when Damnably Records compiled the best moments from their career to that point on the Strawberry album (they were about 10 years in or so at the time, with four albums under their belts). ( Here's the link for that 2012 round-up.) This song is taken from their 5th album, Attica , which came out last May. Of course, 'Teenage wasteland' was also a song by The Who a few decades ago. The Wussy vintage takes that shimmering guitar part of the Who song as a kind of starting point, and proceeds to "answer" from the perspective of a middle American who grew up with The Who. That would be Lisa Walker in this case, one of the band's joint vocalists and songwriters along with Chuck Cleaver . What she makes out of this dynamic is a moving paean to the power of rock n roll to cross oceans and affect lives. It's wonderfully heartfelt, personal, delivered in one chord more o
Post a Comment
Read more 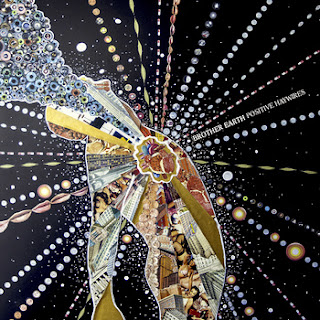 There’s a very pleasing psych feel to this track from GBV and Circus Devils alumnus Todd Tobias , in conjunction with Steve Five on vocals (from The Library is on Fire). What do I mean by psych? In this case, a stealthy clicked rhythm with plucked acoustic guitar to open. Later, an intriguing offkey punctuation of strings? synths? expiring guitars? (I’d also say offbeat except that these soundbursts occur on the beat.) Followed by gradual decrescendo in a minor key. The vocal has a mantra-like quality – “in like a lamb and out like a lion, I’ll walk you through the waste” – and hushed tones reminiscient of Elliot Smith. Like Elliot Smith at his best, this tune is hardly there at all in one way, it's kinda wispy. However, the elements are so brilliantly and subtly put together, you'll find you'll need repeated listens to figure them out. Haunting stuff. There's an album on the way from Brother Earth , stay tuned. POSITIVE HAYWIRES by Brother Earth
Post a Comment
Read more 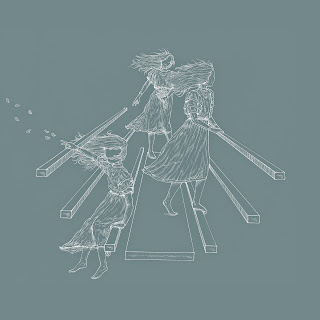 Lutine are Heather Minor and Emma Morton from Brighton. 'Sallow tree' is the first release from their debut album White flowers which comes out on Front & Follow at the end of September. It's a low-key introduction to the band, dominated by folk harmonies, but the addition of some intriguing shades via cello, dappled piano and zither give a hint of the album arrangements. The vocals are highlighted on 'Sallow tree' in particular, two handsome, pure vibratos, two perfectly beautiful instruments. More on the album in due course.
Post a Comment
Read more

August 20, 2014
Another one from a few months back that hasn't made it here yet. Merrill Garbus seems to find currents in the pop ether that nobody else has noticed. So here's the perfectly boisterous and catching first single from the current album Nikki Nack . It's a clapping song, which I suppose some people might take as a negative. It isn't. As well as percussive flesh, there's also more lovely, slinky basslines from Nate Brenner, assorted electronic whipcracks and a series of overlapping, gloriously soulful vocals. The topic is water politics in California. But Tune-Yards have wrapped it in a tune so uplifting and vibrant, you won't be able to stop yourself from signing the petition. A reason to sing x Protest music + Irresistible tune = Top class pop music *Check the equally wonderful 'Hey life', which features more knock-out, elastic poly rhythms. In particular, pay attention to the genius Merrill brings to bear on the vocal layers after the
Post a Comment
Read more 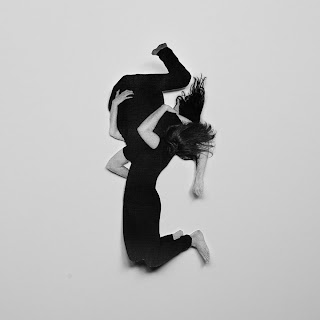 Great to hear back from this Swedish duo after four years (they’ve been busy, just not as Wildbirds & Peacedrums ). Soulful, primal, visceral – one drumbeat and one voice (some layers of both, and a few bleeps later). There’s also cowbell involved. I’m listening to it just now and imagining Nina Simone hooking up with early LCD Soundsystem. Punk funk stripped back to the bone, a meditation on the beat (sexual desire comes into it), dredging this from the deepest core. In a word. Thrilling. From the upcoming new album Rhythm , due out on Leaf in November. I can't wait. Rhythm by Wildbirds & Peacedrums
Post a Comment
Read more
More posts