Showing posts from February, 2012
Show all

February 29, 2012
Another triumph from the Brewis Brothers, this time taking the thrilling prog-pop template from (Measure) and moving it in a semi-cinematic direction, like some kind of chirpy/disaffected Northern England mini-musical (in fact lads, how about getting this album on tour as a stage play with actors, a set and the band providing accompanying continuity?). So, momentary orchestral flourishes advance the plot, segues and interludes change the mood in film-cue style, field recordings of church bells and water gurgling locate the action. What’s the plot? My best guess is that it centres around the banality of everyday life, domestic strife and attempts to transcend same. The stand-out “conventional” tunes, A new town and (I keep thinking about) A new thing act as the theme tunes of the piece, conveying the core message with great brio ( Is this the picture? comes a close third in its XTC spikiness, just ahead of the swooning, string-laden From hide and seek to heartache ). Grim up North?
Post a Comment
Read more

February 29, 2012
Drifting loveliness with an edge from the German Blumm and Spanish-based Colombian Dalt. Among the many joys here (Carpenters and Stooges covers side by side is one), I think my favourite is the transposition of Perhaps, perhaps, perhaps , which turns into an underworld duet awash with guitar hum and obscure pitter-patterings, where Dalt’s breathy invocations find their perfect foil in Blumm’s baritone reassurances. Sublime (as is everything on this wonderful pan-European label). Free d’load www.lanetlabel.com
Post a Comment
Read more 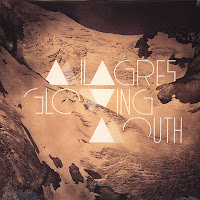 A debut album of intriguing chamber/art pop, which is a curious but compelling mixture of sombre and upbeat, built around the star-material voice of Kyle Wilson . It’s a voice that bears an uncanny similarity in places to the beautiful tremolo of the fondly-remembered Murray Lightbourne of The Dears; at other times, it reaches for a sensuous, late night falsetto. Whichever, it’s engaging as anything and the catchiest hook on the album (though there are many). Throughout, the album’s spine of pulsing electric piano lines, shimmering cymbals and self-analytical lyrics might make you think of Grizzly Bear. Particularly, perhaps, during the uplifting crescendo of Gentle beast , or the deep, swirling undertow of the title track. But there’s plenty of variety in tone. The opening song, and first single, Halfway , maintains a lovely spacious quality, among the fizzing keyboards and woodblock percussion. Check also the tremendous slow build of For disposal , the sweetly disorientating guita
Post a Comment
Read more

February 27, 2012
Beautiful and intriguing album on the Galway-based label from Sheffield’s Duncan Sumpner (following a few long players on Fat Cat in the past). There’s a flavour of Midlake about these woozy, tripped-out folk songs that’s very appealing. For example, the languid Teen wolf or the nostalgic Deaf Sarah . There’s also trumpet involved, which (with the exception of Johnny Carroll) we always love. Songs of Green Pheasant / Teenwolf from danny bird on Vimeo .
Post a Comment
Read more

Chairlift – I belong in your arms (Young Turks, from the album Something)

February 27, 2012
Caroline Polachek’s soaring vocal does a fantastic impression of sweet surrender on this glorious electro-pop number, the standout track from their second album. Twinkling and with a rush of euphoria about it, it’s the perfect marriage of content and form.
Post a Comment
Read more

Matthew Bourne's Montauk Variations is one of my favourite albums of the year so far - you can read more of what I think about it on this link. http://theundergroundofhappiness.blogspot.com/2012/01/matthew-bourne-montauk-variations-leaf.html News today that Matthew has begun a residency in China . He's started a blog about his stay there - it's entertaining and self-deprecating (a bit like his music really) and it'll be interesting to follow him over the course of the six weeks. Here's episode 1, which features photos of some huge meals. http://matthewbourne.com/blog/?p=94 As we're in Oscar week, and given that a silent film has just swept the boards, let's remind ourselves of Matthew Bourne's sublime version of the Charlie Chaplin tune Smile .
Post a Comment
Read more

February 25, 2012
You'll remember seeing the name Julianna Barwick around here before. She was responsible for one of the most beautiful, and haunting, albums of last year, The magic place on Asthmatic Kitty , her debut for that label. Her first album, Sanguine , is getting a first issue on vinyl now, on the Portland-based M'Lady's label. If you were into The magic place , you'll love it. If not, you need to hear it, so here you go.
Post a Comment
Read more

The lead track, Brains , from the new Lower Dens album, Nootropics (which I'm sure you know by now is pronounced No-eh-tropics), has been everpresent on the UOH playlist since the end of January. It's an unassuming krautrock monster of a tune. And the video is available now. More of a filmic interpretation really, directed by the award-winning Tristan Patterson , where each minute twitch in the musical arrangement has a visual shadow. So the entry of the hi-hat on 45s prompts a rhythmic shiver around the inscrutable Jana Hunter's face. It's ingenious really. I recommend you click here this minute. Tour dates are to be announced around album release time (end of April), including in Ireland apparently, so stay tuned.
Post a Comment
Read more

February 22, 2012
We mentioned a couple of months back that Portland duo AU had signed to the Leaf label, with their new album Both lights due out in April. The irresistible Solid gold was the first song from it to see the light of day - it's been on the UOH playlist ever since. Solid Gold 7" by AU Now they've released film of a rollicking live version of the song, shot by Oregon collective Into the Woods , featuring, along with Luke and Dana, a brass section, electric guitar and the considerable vocal talents of Holland Andrews , who also sings on the album. It's liable to put you in a good mood and keep you there. Feels Like Home Ep 44 - AU "Solid Gold" from Into The Woods on Vimeo .
Post a Comment
Read more

February 20, 2012
In a reluctant (if you know what I mean) addition to the category of favourite bands you've lost touch with (speaking for myself), there's a new album from Tindersticks on the way, The something rain , on City Slang . They're giving away Frozen for free on this link - it's got the trademark rolling bassline, whipcrack guitars, and some great wailing saxophone and trumpet. As usual with this band, it's a fantastic mood piece. http://www.tindersticks.co.uk/the-something-rain/ There's also a beautiful, nostalgic film made at their recording studio, backed by the mournful, cello-laden Medicine . tindersticks - Medicine (official video) from tindersticks on Vimeo . I haven't always been thinking about them but I'm glad they're back.
Post a Comment
Read more

Beautiful new animation to Olafur Arnalds' Near light , from last year's Living Room Songs EP on Erased Tapes . The film was made by Lam Ho Tak and it comes across like a monochromatic, Twilight Zone version of Studio Ghibli . And of course the music is a perfect balance of restraint and emotion. Arnalds is just about to embark on an extensive European tour, check the dates here .
Post a Comment
Read more

February 08, 2012
One of our favourite labels around here is Erased Tapes , home to some of the most beautiful records of the last few years - Peter Broderick's soundtrack work, Nils Frahm's solo piano (and collaborative) albums, Olafur Arnalds' chamber music and, most recently, A Winged Victory for the Sullen's swoonsome, ambient instrumentals, to name just a few ( the latter's gig in Cork a few weeks ago was also up there for me among my all-time highlights of gigs in this, or any, city). Well, they're celebrating their 5th birthday and to mark the occasion they're giving away a free sampler featuring everyone on the roster. You can sample the sampler below, to avail of the download just register on their website . There was apparently a surprise party for label founder Robert Raths in Berlin , some of which was recorded - have a look at Peter Broderick, Nils Frahm and friend Martyn playing here. "Erased Tapes: Five Years Old!" from Erased Tapes on Vimeo
Post a Comment
Read more

The incomparable St Vincent has just bestowed on the world her new video, to current single Cheerleader , directed by Hiro Murai . It kind of channels Gulliver in Lilliput via Charlie Kaufman, which is appropriate given the satirical bite in the lyrics. Like her home country, she manages to look magnificent even as she breaks into pieces. As we're at it, the version of Cheerleader from her set for the 4AD Sessions was premiered this week too, via this link - http://www.ifc.com/shows/portlandia/blog/2012/02/st-vincent-4ad-sessions-premiere Here it is, so you can get a close-up of her spitting out those memorable guitar riffs.
Post a Comment
Read more

February 03, 2012
New releases on the ATP label are always worth keeping an eye on. They've just announced the signing of Denver's Tennis , with first single from new album Young and old , Origins , due out this side of the world on Feb 13th. And you'll have to travel a long, long way to find a finer slice of alternative pop. Shades of Stereolab in the pulsing organ and fuzzy bass riff, with the female vocals leaning more towards a Lykke Li -style delivery. And backing vocals. Off the beat and so much more than just backing. Overall, intoxicating would be a word. And on the other side of the double-A is this beauty. Jesus, that woman's voice does things to me. Good things. For those interested, the video, directed by Scott Laidlaw & Frank Rinaldi , also features two pretty girls holding hands, walking through the fields and playing with each other's hair. Tennis - Deep In The Woods from ATP Concerts & Recordings on Vimeo .
Post a Comment
Read more

A new name on me today, looking like some kind of exotic mis-spelling. Here's what I know. They (He/She - although they seem like a band) are from Sydney, Australia, according to their facebook page. This song shares something with compatriots Tame Impala , in terms of a strong, 60's, beat-driven foundation. It also ends like a house 12". The opening drumbeat sounds like a 60's sample I just can't put my finger on. It chugs along magnificently, pulling you in its wake. There are handclaps involved. And it's not a little funky. And the video, which tells us nothing extra about the band. Nor does this, the B-side, mixed by Ewan Pearson , except that they're fond of clubby breakdowns. Available to buy on Feb 27th, through The Blue Rider label.
Post a Comment
Read more

Days & Nights at the Takeaway

Everyone likes a good takeaway. But this one isn't the kind that gives you a food hangover at 3 o'clock the next morning. It's actually a monthly singles club, conceived by Seb Rochford of jazz fusion outfit Polar Bear , recorded at his own studio and released on The Leaf Label (they've been busy this year already), in the form of a 2-track digital bundle. Each single will feature a different set of collaborators, along with Rochford himself, and will release on the last Friday of every month. (The "Takeaway" moniker derives from Rochford's studio, which was a food emporium in a previous life.) As you'll notice above, the first release is Love a sacred path , featuring LA poet and singer Gina Loring and British Indian vocalist Ranjana Ghatak . It's got a great ringing vocal delivery and a swirling monster of a backbeat, as you can hear for yourself here. Days And Nights At The Takeway 1: January by Days And Nights At The Takeaway This is so
Post a Comment
Read more
More posts