Showing posts from May, 2014
Show all

Prescott – Floored (from the album One did, Slowfoot Records)

May 30, 2014
Some fantastic wonky instrumental jazz from a band made up of Kev Hopper, formerly of Stump, Rhodri Marsden of Scritti Politti on keys and Frank Byng on very groovy drums. It’s the kind of music you may not realise you need in your life until it’s there in your lughole. Think of it as a way of cleansing your palate after too much U2. Hopper’s speedy bass fingerwork is especially thrilling and the one-note keyboard pulse will make you laugh out loud.
Post a Comment
Read more

Matmos – Mental radio (from the album The Marriage of true minds, Thrill Jockey)

May 30, 2014
Something from last year that passed me by at the time, but well worth mentioning now ahead of the legendary Baltimore duo’s upcoming European festival dates. This tune is a riotous blend of field recordings, musique concrete and global dance aesthetics. There’s so much going on in fact that it feels wrong to call it instrumental. At one point, there’s a wailing saxophone, a clattering two-step drumbeat, a police siren and something that sounds like a hoover malfunctioning. Somehow, you will be forced to jiggle in your seat. Who knew that lapping water sounds could go so well with bongos? Positively glorious.
Post a Comment
Read more 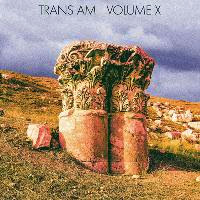 It’s not often you get to compare two versions of the same song, by the same band, at the same time. And it’s even rarer to find that each version is as intriguing as the other. But that's what Trans Am have done. We first played the "alternate version" of the song on the show a couple of weeks ago. It’s a straightforward homage to The Jesus & Mary Chain, an exultant fuzzball of energy with a thrilling krautrock aftertaste. The album version shapes the simple three chord trick into a doomy, post punk/new wave creature with vocoder vocals, as if Phil Spector was reimagined in a tin can. There's a poignant air to it that's really impressive. Whichever way you cut it, it’s stirring stuff and will be featuring in plenty more playlists before the summer is out. Trans Am - I'll Never from Thrill Jockey Records on Vimeo .
Post a Comment
Read more

Laura Cantrell – All the girls are complicated

May 28, 2014
Authentic country sweet n sour from the ex-pat Nashville veteran (surely she qualifies at this stage?), taken from her 6th album No way there from here . Cantrell seems to love that her sisters in kind are complicated, although still wary of the fact. A purring vocal turn, trilling guitars and a satisfyingly acerbic lyric are just some of its pleasures. I love this line - From the ones who tend their looks To the ones that mind their books To the one that’s got her hooks in you
Post a Comment
Read more

The Elwins – Sittin pretty (Affairs of the Heart) 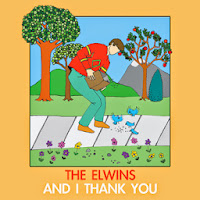 A Canadian band unknown to me previously but a wonderful discovery at the first green shoots of summer. For this song is a knock-out slice of sunshine pop, surfing along on jangly electric guitar, self-deprecating faux brass and strings, heart-fluttering mellotrons and a winningly bruised male vocal. It grabs some kind of forgotten zeitgeist laid down by underappreciated bands like The Zombies, a little, or Harpers Bizarre, who could wrap your heart in knots while giving your brain a workout too. There’s also a touch of the strident power-pop melodies of Jason Falkner, but the tune, although endearingly restless, never strays down the tricksy cul-de-sac that baroque pop can sometimes find, retaining its open-hearted sheen. An absolute joy. And I Thank You by The Elwins *And just to increase the joy quotient, here’s another dose, this time in semi-stripped down form involving actual flutes, actual strings and a snowy stroll from house to garden shed. THE ELWIN
Post a Comment
Read more

May 28, 2014
Having watched the Big Star documentary Nothing can hurt me (if ever there was a misnomer) recently, I felt the need for a bit of Alex Chilton at his bleakest and best. Holocaust is like the downbeat flipside to The VU's I'll be your mirror, a truly heartbreaking piece of music. Angel Olsen is another singer with a voice to stop you in your tracks, she plays Cork next week. More from another American singer Joan Shelley who plays Cork tonight (May 28). New single from Tune-Yards , more brilliant songcraft from Merrill Garbus, this time bringing some dub and dayglo pop to the mix. Peter Broderick teams up with his friend Greg Haines and there's also dub involved, of a kind of outer space reverbed variety. Kramies , desolate but beautiful psych folk; The Vincent(s) strident and swampy; Laura Cantrell loves the fact that all the girls are complicated, but is still wary of the fact. And Trans Am , with the album version of a simple, stunning three chord trick,
Post a Comment
Read more

May 21, 2014
Some new Parquet Courts this week - it's great as you'd expect - paired with Laurie Shaw who namechecks the band in his glorious glam jam 'Handbag'. The Last Sound play live at the end of the month in Dublin, any excuse to play them on the show. And a new EP from William Tyler , more wonderful winding guitar instrumentals. Plus Wussy , digging the alt country side of themselves. Beguiling global folk from Ichi (mosquitoes and all), Laetitia Sadier just being her own self and don't you love it, Sabina sounding like a cross between Nico and Joan Jett. And Stars in Battledress (pic) urging us to 'Buy one now' - it's so delightfully wonky that something tells me Argos won't be snapping it up as their theme tune anytime soon. More on these pages as always. May 20 2014 w/ Laurie Shaw,Parquet Courts,The Last Sound,William Tyler,Sabina,Laetitia Sadier++ by Theundergroundofhappiness on Mixcloud The Underground of Happiness uplifting p
Post a Comment
Read more 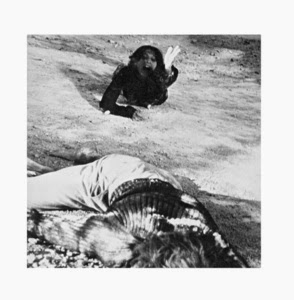 Another fantastic racket from Cork Psych’s leading lights, produced by Elastic Sleep's Chris Somers and released on Cork-based Art For Blind . It starts out with a distorted minor key riff that threatens lift-off with a side order of scraped atonal guitar shards. It’s thrilling, although for me the next section is even more enduring – clean, propulsive guitar chords and a brilliantly wobbly drone made up of synth and bass. It suggests the autobahn’s white lines disappearing in the rear mirror. It suggests the digging down of the song’s lyrics. It would suggest a trancelike meditation if it wasn’t so itchy and confrontational. It’s tremendous fucking stuff.
Post a Comment
Read more

Polar Bear – Two storms (from the album In each and every one, Leaf)

May 16, 2014
Brilliantly spacious piece from the jazz fusion (it’s a terrible term but it somewhat describes what they do) group’s new album. A pair of saxophones are foregrounded - one on a climbing figure, the other holding melody and then wailing in agony - against a shuffling percussion wash and double bass. It’s sparse, soulful and absolutely haunting. In Each And Every One by Polar Bear
Post a Comment
Read more

May 14, 2014
Sao Paolo to Tokyo, Cork to Perth. There's a new OOIOO album out soon, it's influenced by the sound of Javanese Gamelan music. I decided to build a mini-set around a track from it, with a classic Tropicalia cut from Os Mutantes , the current single from The Altered Hours and a new remix from perth (the band from Perth). The theme of this mini-set? I dunno...pop music infiltrated by psych pop and global folk musics? A new single from Rachael Dadd which is great and Joan Shelley , who tours Ireland this month - what a wonderful pure voice she has. New music from Orcas , a lovely ethereal sound a little bit reminiscient of Talk Talk ; we also had the latter, from the superb Spirit of Eden album. Then, more searching folk music from Arch Garrison , The Monks Kitchen doing Ray Charles, Trans Am doing JAMC. And Joe Meek shooting into outer space. May 13 2014 w/ Os Mutantes,OOIOO,Orcas, Talk Talk, Joe Meek,Arch Garrison,Trans Am,Tune-Yards++ by Theundergroundofhappines
Post a Comment
Read more 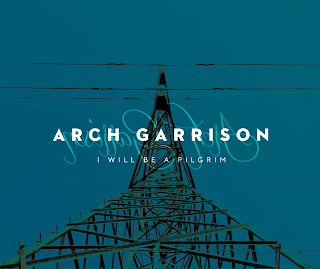 An album of folk/classical guitar tunes paired with kosmische-like vintage keys, giving a beautiful, celebratory and sometimes pastoral feel. It follows a long line of like-minded and superb work by main man Craig Fortnam, taking in two earlier Arch Garrison albums, plus three under North Sea Radio Orchestra along with his wife Sharron and a cast of regular collaborators. Here Craig is joined by James Larcombe who is also part of NSRO, the William D Drake band and Stars of Battledress (of whom more later in the month). ‘The oldest road’ and the title track leap out on first listen, giving a sense of the ancient pathways running underneath our 21st century lives – the tunes are sturdy but they also bring a welcome level of whimsy missing from most modern discourse, not to mention modern pop music. Sharron makes an appearance on the utterly lovely duet ‘O sweet tomorrow’, a brilliantly wrong-footing waltz rhythm with intertwining classical guitar lines, chimes and brushed hi
Post a Comment
Read more

May 07, 2014
Broadly, there was a kind of genre flow to this week's show. We began with a run of electronic pieces of different shades - Future Islands, Eyedress ("nothing special" is the subtitle of the song by the way, not a comment from me on the quality of it - I think it's quite special), Matmos with some mental radio, new Roll the Dice ,an industrial meltdown with sumptuous strings and culminating in a wonderful track from the debut SlowPlaceLikeHome album, due next month. The mid-section featured a series of singers - Cormac O Caoimh with some lovely jazz-folk tones from his fine new album, the unforgettable Angel Olsen who plays Cork with Jaye Bartell next month, Sontag Shogun from NY feat. the great voice of Liam Singer . A bit of punk rock in the shape of Thomas Truax and Shonen Knife . And some kosmische to finish from Eat Lights Become Lights plus the Conny Plank-produced Eno-Moebius-Roedelius . More on these pages as always. May 6 2014 w/ Roll th
Post a Comment
Read more
More posts