Showing posts from August, 2016
Show all

Christine & the Queens – Tilted (from the album Chaleur humaine, Because Music)

It’s fitting that this should turn out to be one of the songs of the year in which David Bowie and Prince both died, although it first came out last year. Gender bending. Adventurous. Progressive. That’s Héloise Letissier . That warped bass intro is second nature by now. And that great pitter patter secondary bass line. This is one of those songs you probably need the video more than most. Her dancing is part of the expression. A partner to her singing. Characterful. Individual. A little bit defiant. It does the heart good to see the mainstream subject to an intervention like this. *And for full live effect, also below is her performance of the song on Jools Holland a few months back, in a genius medley with ‘I feel for you’.
Post a Comment
Read more

One of my highlights of the year so far has been a new album by Trashcan Sinatras (a band I once bumped into in Waterloo Station in London while wearing one of their t-shirts, but that’s another story...). Wild pendulum is another collection of swoonsome pop songs as you’d expect topped off with Frank Reader’s wonderful velvety tones. I think it’s up there with their best work which is really something 20 odd years into a career. This is one of the album’s highpoints. It manages to be both euphoric and strangely downbeat at the same time. The band let loose their inner Beach Boys with suspended strings, brass, vibes, guitar fuzz and the works. Their grasp of the art of the pop song is undiminshed after all these years. How to breathe it full of ideas and emotion. Tremendous fucking stuff. *There’s no streaming version I can find online but this live rendition from a couple of months back is a great version of the song. **It brings me back to this absolute gem
Post a Comment
Read more 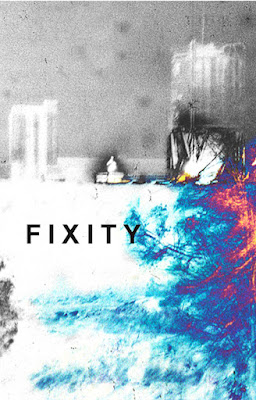 A compelling series of largely instrumental soundscapes from Cork native Dan Walsh . Side A (it’s a cassette tape) features mostly shorts, Side B two longer form pieces. They all drift and tease through a thick fog of cymbal hiss and ambient haze. The bass is the thing I keep coming back to. The warped rock n roll pattern of ‘Blue paint’. The stalking garage rock feel of ‘Hungry clouds’, although that gives way to a kind of blissed out haunted dream pop. The constant pulse of ‘stigmatostigmata’ amid freaked out filtered guitar. The wonderful frantic motorik effect of ‘The things in the room’. It’s dark more than bright but somehow an optimistic dark. Abstract for sure but still groovy as fuck. Improvisation - knocking on your door then dangling it just out of reach. It just is. There is great art in our midst. FIXITY by Dan Walsh
Post a Comment
Read more

Bat For Lashes – I do (from the album The bride, Parlophone)

I haven’t gone every step of the way with Natasha Khan since her great debut album. Even on this, her fourth album, there are moments where we part company – the more gratuitously overwrought ones mostly. This opening track though, this is what she is for. It’s two minutes of high intrigue and suspense but set against a beautiful baroque keyboard arrangement and a wonderfully restrained vocal performance. Less. Is. More.
Post a Comment
Read more

A delicious psych pop cut. That rolls like the Beach Boys outer edges meeting a fuzz drone. With a gently lilting falsetto. And guitars sparkling and pulsing and rumbling. Dissent and disquiet set against the wonder of the universe.
Post a Comment
Read more

August 29, 2016
There’s a lovely satisfying no nonsense thrum and crack about this single from the Melbourne band’s third album. In particular you would be inclined to locate it around the 3rd and 4th Velvet Underground albums. That is to say, observational story songs semi-spoken by Craig Dermody and built around one-directional guitar strumming and a matter of factly pounded snare drum. (Is Maureen a reference to Mo Tucker you’d wonder?) That and the very rock n roll chorus - “Whup Whup Whup Whup Whup Whup Whup Whup Whup Whup Whup Whup Whup Whup Maureen” There is a guitar solo of sorts later on which is pretty together by VU standards but by that stage you don’t tend to care, what with the manic head bopping and leg stamping. All round most excellent.
Post a Comment
Read more 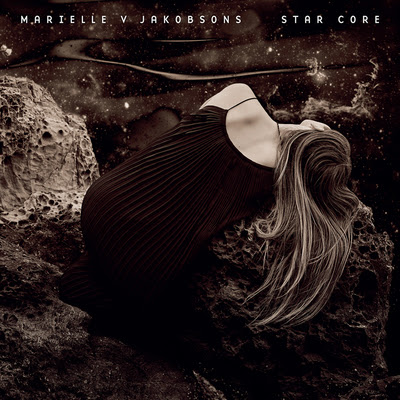 I love this. Long extended drones from the woman you may know from the band Date Palms . Sinewy bass rumbles. Kosmische sparkles. Violins shimmer like a mirage. Desert music basically. Find yourself in it. Star Core by Marielle V Jakobsons
Post a Comment
Read more 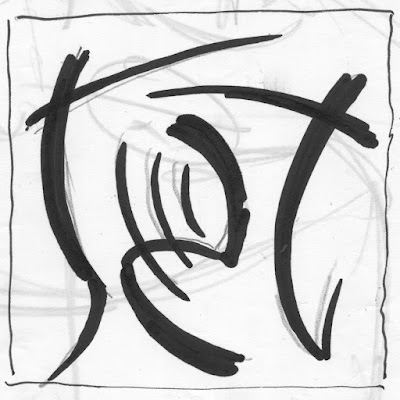 Another instalment of delightful, pastoral folk music with a brilliant light and breezy touch from the band built around the very prolific Katie English and Keiron Phelan . Brona McVittie has joined on harp and vocals for their third album to add to the already intoxicating mix of guitars, flutes and clarinets. The irresistible ‘Some may transition’ is a perfect example, being the aural equivalent of a picture perfect summer meadow, a gorgeous dreamy atmosphere with just a hint of the exotic (could be those cascading harp glissandos) reminiscient of Eden Ahbez, maybe if he’d been English instead of American. The press release uses a phrase, “kitsch utopianism”, which I like because it suggests they are interrogating the very idea of happiness as opposed to simply trying to evoke it. To this end, you’ll find a sumptuous minimalism-meets-romanticism guitar flute and harp three hander in ‘The last summer of the century’. ‘The singing sands’ is for all the world like a
Post a Comment
Read more 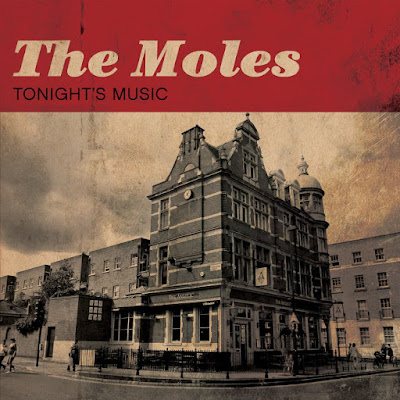 A brilliant restatement of alternative rock values from Richard Davies and friends, the first new music in too many years following 2014’s superb retrospective compilation Flashbacks and dream sequences . It’s a sprawling 24 track opus full of fuzzy or jangly guitars, searching lyrics with a cut up sensibility and a restless garage band spirit. The tone is refreshingly antsy with a core of the band’s 80s Flying Nun jangly/droney roots (‘Beauty Queen of Watts’, ‘Artificial heart’, ‘Needle and thread’, ‘Slings and arrows’) with some 90s US GBV-ish offshoots (‘You’re in my band’, ‘Highbury & Islington’) and Flaming Lips style weirdness (‘Strange summer’). Interspersed among the killer tunes are doodles, jam room excerpts and interludes which resemble beat poetry fed through a punk or lo fi filter. ‘Highbury & Islington’ in particular seems to be an attempt to find the Shakespearean subplot in a tube journey among rival Spurs and Arsenal fans (Montagues and Capulets).
Post a Comment
Read more
More posts