Showing posts from March, 2011
Show all

So we had The Underground of Happiness screening of the Efterklang movie, An island , directed by Vincent Moon . (Sorry if you missed it, but not to worry, read on. Anyway, it was very limited capacity, restricted to the number of people that can fit on my couch, basically - what a select bunch... Check out the website for all the screening details further down the page, and see if you can spot our photo in the gallery here - flickr.com/photos/anisland) It was very enjoyable. As with all music films, it stands on the quality of the music itself, which of course is very good in this case. My 8-year old wondered about the narrative interludes ("Why are they walking in the forest?") but she found plenty of interest in the musical performances. Even the toughest critic in the room (my wife) was won over. I think my own favourite bit was the accompanying children's orchestra during the school sequence, and in particular the "newspaper section" (kids holding newsp
Post a Comment
Read more

The new Josh T. Pearson album, Last of the country gentlemen on Mute, is a thing of tremendous, compelling beauty. Rugged, romantic music with a core of very adult melancholy. My wife walked through the room while it was on and asked if it was Nick Cave, and she was on to something there, in terms of the general musical terrain it covers. Plus Warren Ellis plays keening, mournful violin on it. There's a trailer here which gives a good taste of the album (and prompts the comment, "never mind your hipster goatees, now that's a beard"). http://www.amazon.co.uk/gp/mpd/permalink/m2FP3YQRADM6JN/ref=ent_fb_link Pearson is an enigmatic character who you can research more fully in your own time. He was in a band called Lift to Experience who released a great album on Bella Union about 10 years ago (it was called The Texas Jerusalem Crossroads and it was also madly compelling - my good friend at Songs to Learn and Sing put me on to it at the time). Here's part of an
Post a Comment
Read more

Richard Hawley on Other Voices

There was a bit of a treat on Irish tv last night - the last in the current series of Other Voices was curated by the great Richard Hawley . As well as playing a set with his own band (an eclectic selection of covers including I'm waiting for my man and Crawfish ), and a few songs with Jarvis Cocker, Hawley also duetted with Lisa Hannigan on a drop dead version of the Dick van Dyke-sung classic Hushabye Mountain , from the film Chitty Chitty Bang Bang . With slide guitar, vibes and Hawley's own echo-laden guitar, they managed to create a wonderful, otherworldly atmosphere. Watch it here, it's about 16 minutes in. http://www.rte.ie/player/#v=1094733 It stands up well to the original, here. Hawley's last album, Truelove's gutter , featured one of the most beautiful, poignant and just plain moving songs of recent times, in the shape of For your lover give some time . Take a few minutes out of your day to listen, it's transformative stuff.
Post a Comment
Read more

March 12, 2011
Another tantalising taster of the new Tune-Yards album, whokill , this a live performance of Doorstep shot "Take Away Shows"-style in the very salubrious Place des Vosges in Paris, with Nate Brenner on drumsticks and stone column. What she does with the vocal loop, and using the ukulele as a mike, is particularly tasty. HibOO d'Live : Tune-Yards "Doorstep" from Le-HibOO.com on Vimeo .
Post a Comment
Read more

A couple of things came together recently. First, there was the new Damon & Naomi "video" made by Chris Marker (here's the post - http://theundergroundofhappiness.blogspot.com/2011/03/damon-naomi-chris-marker.html ) Then the new Erland & the Carnival album Nightingale (Full Time Hobby) arrived, and track 3 on it, Emmeline , begins with something like a prelude sequence, which bears a great resemblance to the Prelude from Bernard Herrmann's score for the Alfred Hitchcock film Vertigo . This caught my attention straight away because I'm a huge fan of this soundtrack, as well as Herrmann (and Hitchcock) in general. Chris Marker is probably best known for his seminal film, La jetée , which is made up almost exclusively of still images. But he's also responsible for a wonderful film called Sans soleil , in which, among other things, he explores the theme of "insane memory" in Hitchcock's Vertigo . It got me wondering if there were any connect
2 comments
Read more 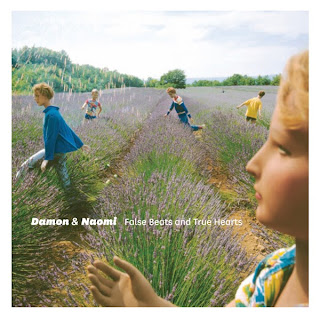 Here's a fascinating link between the sweeter reaches of dream pop and iconic image-making. Damon & Naomi (in another life, the drummer and bass player in Galaxie 500) release a new album in May, False beats and true hearts , on Broken Horse. And one of the tracks from the album, And you are there , comes accompanied by a still image provided by one Chris Marker . Apparently, the duo have had contact with the legendary French film-essayist in the past and asked if he would like to contribute an image/s to go with this new song, which they tell us was inspired by his work. The inevitably beautiful result is below. Damon & Naomi with Chris Marker - And You Are There from The Wire Magazine on Vimeo . Chris Marker If you're nonplussed by a "music video" which is a still image, bear in mind that Marker's most famous work, La Jetée , consisted almost completely of still images (you're no doubt familiar with the much inferior Hollywood remake by
Post a Comment
Read more

Petula Clark - Downtown and some more 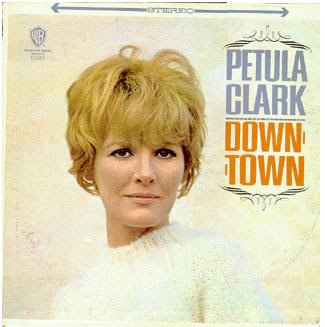 I'm on a bit of a Petula Clark buzz at the moment - it happens regularly. She came on to my radar properly some years back when I picked up a 60's compilation in a garage for a few quid (mainly because it had Happy together by The Turtles on it) and found Downtown . I'm sure I'd heard the song before but listening to it in detail was a revelation. In my mind, it tied into that nexus of classic pop music located somewhere between Burt Bacharach and The Carpenters . And just like those, beneath the bright veneer, there's a distinct heart of darkness. Despite the gloriously uplifting backing vocals, brass drones, singing strings and irresistible key change, the song is essentially about loneliness no matter how you cut it. I remember reading somewhere that Petula had a hand in giving The Carpenters a start. Apparently, she was at an A&M reception at which Richard and Karen were providing background music (I'm thinking this must have been around 1968-69 in
Post a Comment
Read more

I must admit the last Efterklang album, Magic chairs , didn't float my boat as much as their previous material. However, the prospect of the band teaming up with Vincent Moon (La Blogotheque) to make a film based on the music of that album, using Danish locations they grew up in, is an enticing one. Here are some trailers from the movie. 1st Teaser 2nd Teaser 3rd Teaser Furthermore, this film is being distributed in an unusual way. You can contact the band if you want to arrange a screening in your part of the world. You'll find all the details below. What a great idea and worth getting behind. http://efterklang.net/home/category/an-island/
Post a Comment
Read more

Stunning pictures to go with this beautiful remix by the Pains of Being Pure at Heart side-project. Plenty of sub-bass to go with the marine theme...
Post a Comment
Read more 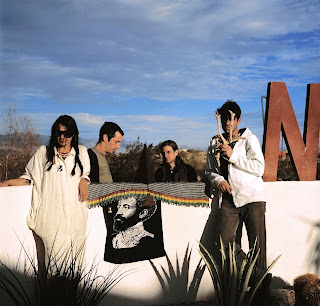 We're on a 4AD roll. The first song from the New Yorkers' new album, Eye contact , is available to stream here: http://ganggangdance.com/ It's great. Here's what I put down in the monthly round-up: Gang Gang Dance - Glass jar (4AD, from the album Eye contact ) Brilliant, expansive, drifting 11 minute opus by the New Yorkers, which by the end still manages to make you want to shake your body around with a two-step workout. Innovative use of steel drum samples also stands out. A world music for the future. They're also on the Primavera bill at the end of May.
Post a Comment
Read more

Great to hear some new music from Tune-Yards the other week, a track called bizness , ahead of her new album, whokill , due out in April. You can listen here: http://tune-yards.com/ Here's what I thought of it: Tune Yards - bizness (4AD, from the upcoming album whokill ) Picking up where Merrill Garbus left off with her wonderful debut Bird Brains but with a less ramshackle feel (recorded in a studio as opposed to on a dictaphone). Fantastic, gymnastic vocal loops get things going, before a west African-style groove of staccato bass and a matrix of guitars locks in, with a bank of horns as the cherry on the cake. Wonderful foretaste of her upcoming new album. And a live date in Whelan's in Dublin has been announced for June 17th (she's also part of the mouthwatering bill of the Primavera Sound Festival in Barcelona at the end of May), the first visit to this country in almost 18 months (tickets here - http://www.whelanslive.com/  ). Here's what I thought of
Post a Comment
Read more

Spring is here The grass is ris I wonder where the birdies is... Governments are falling like skittles this weather. As usual, pop music has its own soundtrack to world events. Try turning down the volume of your favourite news channel and turning up some of this UOH playlist instead. It might just turn your world upside-down. *All albums below, unless otherwise stated. John Stammers - John Stammers (Wonderful Sound) Gorgeous folk-blues hybrid from the Manchester native, built around fingerpicked acoustic guitar and a smoky, unassuming voice. For fans of Nick Drake or (especially) Bert Jansch. As usual, the beauty is in the detail - the keening cello of Idle I'm , muted trumpet set against mournful pedal steel on Here again , the one-note violin chorus of The fridge . Plaintiff and heartfelt, a beautiful addition to the canon of modern English folk music. A Lazarus Soul - Through a window in the sunshine room (Intent to Supply Records) Authentically downbeat album of el
Post a Comment
Read more