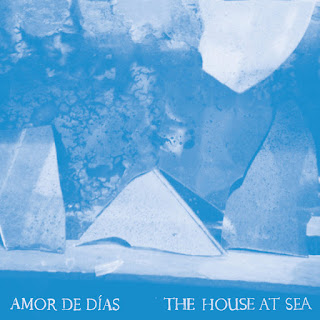 Second album from a collaboration between the Anglo-Spanish pairing of Alisdair McLean (The Clientele) and Lupe Hernandez-Nunez (ex-Pipas). It’s a deft and delicate album of bilingual chamber folk, with a raft of memorable melodies.

You might hear a hint of late Go Betweens in the sumptuous melancholia of ‘Jean’s waving’, a breezy chorus undercut with sombre piano chords and the imagery of an empty house and the chasing of ghosts. The beautiful ‘Hampshire lullaby’ is more likely to keep you awake with its intriguing backdrop of recorder, sounding like an exotic birdcall. ‘Viento del Mar’ could only have been written in a warm climate, a bossa-jazz beat unfurling lazily around a restless, snaking bassline, the temperature rising with a sticky, shimmering guitar solo. There’s a very Yo La Tengo quality about ‘Day’, pumped up and hushed all at the same time, and an ingenious backing vocal, consisting of the song title repeated. The superb closer ‘Maureen’ has the baroque air of a Morricone score about it, a tense and terrible beauty about it. Themes of setting suns, tides, unlit halls and the passing of time are the consistent (and you could say quite middle class) lyrical threads.

It all makes for a very grown-up combination of melody and perfectly sympathetic arrangements, delivering songs that are unhurried ruminations on life, an atmosphere of regret and loss hanging in the air, but with the consoling joy of having lived.