Owensie – Dramamine (Out on a Limb Records) 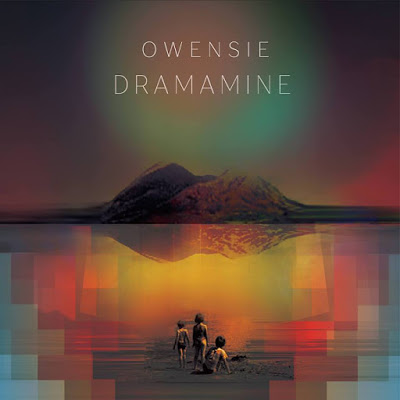 Owensie’s third album takes a thread from his previous record Citizens in 2012. On that, he dipped his toe tantalisingly into a kind of socially conscious bossa nova style, picked Spanish guitar front and centre in the mix, hushed vocals a la Elliot Smith and wonderful reed arrangements. (Arguably even better was his Christmas charity single that year ‘The old breadline’, a deceptively breezy slice of social realism and a compulsory companion piece to the album.)

While Citizens had a certain sense of trying the style out for size, Dramamine follows through magnificently with conviction and a series of glorious pop moments.

None more so than on the utterly beguiling title track. The same elements are present – picked Spanish guitar, delicate, reaching harmonies (featuring Conor O’Brien of Villagers), droning reeds in support. The tempo though is a shade quicker than before giving the song an extra urgency, culminating in the marvellous wordless vocal interludes which drift over an unexpected tumbling chord sequence.

It’s dreamy and mysterious and deserves a huge audience. One of the songs of this or any year.

Out On A Limb Owensie Villagers