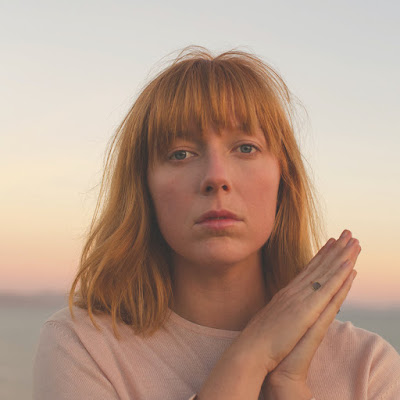 Now and again a record comes along that just seems to suit the atomsphere.

As in the actual weather.

One album has dominated the last two months for me. It has soundtracked my heatwave. Almost as if it was written specially for it.

The sound is dreamy. There’s a shimmer to it. All acoustic guitars, staccato picked electrics and upfront airy synths. Back of the room drums with plenty of toms. Pitter patter basslines.

And a voice that conjures nothing but a warm summer night.

This album was released last year in the US but thanks to the people at Melodic in England it’s getting a second life.

The vocals deserve another mention. They’re an absolute dream.

At times the between the eyes purity of a Christine McVie. At times the drifting enigma of a Victoria Legrand.

At all times the most convincing natural thing in the world.

And not just the lead vocal. The backing vocals are another triumph. Floating and drifting and adding crucial textures to the arrangements.

A connection between the music of Fleetwood Mac and Beach House never occurred to me before. Kacey Johansing makes it sound like the most obvious effortless thing.

The former in the beautiful sway of ‘Bow and arrow’, ‘Do you want me’ and ‘In too deep’. The latter in the narcotic effect of ‘Take one, leave one’.

Not to downplay the guitar playing because that’s also a joy.

Giving an offbeat and a real groove to everything.

The production is great but above all these are nine timeless pop songs.

Which deal with love and the travails and deceptions of the heart.

Around sublime major seventh chords that contain all the joy and regret.

A glorious album for any weather.