March 10, 2011
A couple of things came together recently. First, there was the new Damon & Naomi "video" made by Chris Marker (here's the post - http://theundergroundofhappiness.blogspot.com/2011/03/damon-naomi-chris-marker.html) Then the new Erland & the Carnival album Nightingale (Full Time Hobby) arrived, and track 3 on it, Emmeline, begins with something like a prelude sequence, which bears a great resemblance to the Prelude from Bernard Herrmann's score for the Alfred Hitchcock film Vertigo. This caught my attention straight away because I'm a huge fan of this soundtrack, as well as Herrmann (and Hitchcock) in general. Chris Marker is probably best known for his seminal film, La jetée, which is made up almost exclusively of still images. But he's also responsible for a wonderful film called Sans soleil, in which, among other things, he explores the theme of "insane memory" in Hitchcock's Vertigo. It got me wondering if there were any connections between Marker and Herrmann, in a process a bit like Jaime N. Christley describes here in relation to Sans Soleil:


I’ve read a few reaction pieces by people who have been overwhelmed by the flow of information and introspection in Sans soleil, with its one-damn-thing-after-another structure shaped around Marker’s meditations on travel, consumerism, Tokyo, West Africa, guerrilla warfare, fatigue, television, history, memory, nostalgia, images, Tarkovsky, and Vertigo (Alfred Hitchcock, 1958), to name just a few things. But that’s precisely what I love about it – a recent capsule review in the New Yorker referred to it as "intellectually exciting," and it may be the most intellectually exciting movie ever made; it opens up discursive spaces in your head in such a way that you feel you’re being electrocuted. One connection or reflection in the movie becomes four or five in your mind as you watch Sans soleil or think about it afterwards, as if the filmmaker has sent you on a mission to find out this or that idea or bit of information (the movie is inspirational in a very concrete sense), or to consider something from a different perspective, and still another, and so on; the cinematic equivalent of a stone being thrown into a pond, wherein you are the pond. All this, and Marker still finds room for a melancholy, weary, yet strangely optimistic, exhilarating emotional texture. It also happens to be very funny at times.
(taken from this link - http://www.sensesofcinema.com/2002/great-directors/marker/ )

Here's the sequence from Sans soleil that deals with Vertigo:

For any fans of Hitchcock or Vertigo, it's essential stuff. What I love about the scene is the atmosphere of creeping dread, but you're still compelled forward to find out where it's leading. It suggests the unfolding of a mystery, the enigma he mentions, which is completely in keeping with the Hitchcock original. The mood is more apparent when you read the narrated words in black and white.

He wrote me that only one film had been capable of portraying impossible memory—insane memory: Alfred Hitchcock's Vertigo. In the spiral of the titles he saw time covering a field ever wider as it moved away, a cyclone whose present moment contains motionless the eye.

In San Francisco he had made his pilgrimage to all the film's locations: the florist Podesta Baldocchi, where James Stewart spies on Kim Novak—he the hunter, she the prey. Or was it the other way around? The tiles hadn't changed.

He had driven up and down the hills of San Francisco where Jimmy Stewart, Scotty, follows Kim Novak, Madeline. It seems to be a question of trailing, of enigma, of murder, but in truth it's a question of power and freedom, of melancholy and dazzlement, so carefully coded within the spiral that you could miss it, and not discover immediately that this vertigo of space in reality stands for the vertigo of time.

He had followed all the trails. Even to the cemetery at Mission Dolores where Madeline came to pray at the grave of a woman long since dead, whom she should not have known. He followed Madeline—as Scotty had done—to the Museum at the Legion of Honor, before the portrait of a dead woman she should not have known. And on the portrait, as in Madeline's hair, the spiral of time.
(taken from this link - http://www.markertext.com/sans_soleil.htm)


And there's a fascinating essay by Marker on Vertigo here, which expands on the analysis in the script excerpt above. (By the way, I love the idea of the notoriously reclusive Chris Marker taking a guided tour around San Francisco of the landmarks from Vertigo, in the company of, no doubt, a bunch of "ordinary" tourists, and just like them, in possession of a home movie camera!)

http://www.chrismarker.org/a-free-replay-notes-on-vertigo/
Also, check this lovely sequence of San Francisco locations used in Vertigo as they looked in 2009, as put together by Il Gatto Pardo.
Speaking of mood, check the atmosphere of the music in the "tailing" scene in question from Vertigo. I'd recommend playing this while reading the script excerpt above, they work well together.
﻿

"Scotty tails Madeleine (including Madeleine's first appearance, Madeleine's car, The flower shop, The alleyway, The mission, Mission organ)" from the Vertigo soundtrack, set to a montage of clips from the film
I found some more interesting thoughts here on the specific function of Herrmann's score during particular scenes in the film, and how his choice of instrumentation moves the plot forward.


As we're at it, let's not forget the great opening titles for Vertigo, designed by Saul Bass, with music of course by Bernard Herrmann.

"Prelude and rooftop"
Herrmann's circling arpeggios, Bass' white vortex on red, Marker's spiral of time. One of the highpoints of cinematic art without a doubt, a perfect combination of pop art and the (surrealist) avant garde. Some more detail on that surrealist aspect in John Conomos' article here.

So back to my original question, the connections between Chris Marker and Bernard Herrmann. It seems most of them are on this page. I haven't been able to find any other direct comment by Marker on Herrmann (there's a phrase in A free replay above that mentions the "decadent habaneras" of Herrmann, but even that's a quote from the critic Guillermo Cabrera Infante), or any other direct comment by anyone else linking the two men. It's surprising in a way, especially when you look at  Marker's note in reply to Damon & Naomi's invitation to provide an image(s) for their song, which is quoted in their press release - "thanks for linking me to music, the only real art for me as you know (cinema? you kiddin’...)." If anyone out there knows of any other connection, I'd love to hear about it.


Anyway, I was lucky enough to pick up this double DVD on sale in Cork a while back, having drawn a blank online for years. You should do the same. 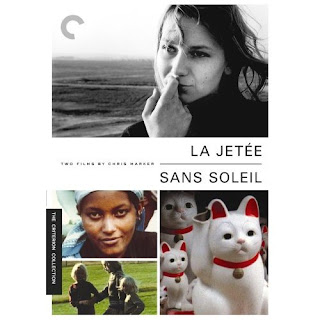 And not to mention this masterpiece. 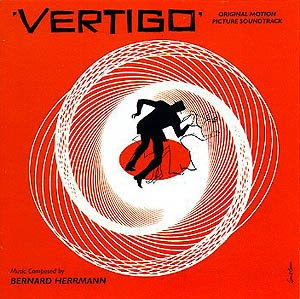