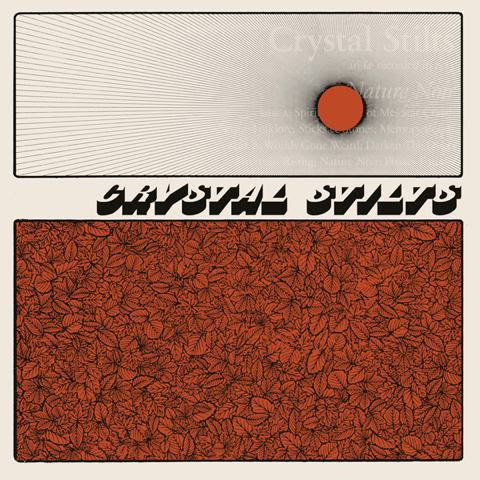 Another step forward for the Brooklyn-based band on their third album, in which taking the foot off the garage rock pedal in fact works to intensify the psych atmosphere in unexpected ways.

There’s a distinct baroque feel to ‘Star crawl’, with cello and mellotron swimming around the mid tempo beat; you’ll still find plenty to recognise in the crunching guitar and stalking bass.

A song like ‘Sticks and stones’ is the last thing I would have expected from the band and brilliantly wrongfooting – it’s sweet, pastoral and dreamy, with just enough of an organ buzz and general offbeat air to keep you guessing.

‘Memory room’ takes on this thread with acoustic guitars, violins and mythological lyric lines, veering fascinatingly into post-punk, verging on Go Betweens, territory (I’m so there).

And the title track, along with album closer ‘Phases forever’, completes this baroque mini-section with a gorgeous guitar run over organ and cello, and a sumptuous string quartet breakdown, respectively.

The yin to this baroque yang is evident in tracks like ‘Worlds gone weird’, the template of perfect psych pop – rack tom beat, high bass notes, guitar jangle and a lost-in-reverb vocal; and ‘Future folklore’, one of the few songs here to ramp up the tempo, sounding thrillingly like the Velvets feeding off Bo Diddley, with some great backwards guitar.

This album is less dense than their first two, but somehow packed with more ideas, making it full of intriguing textures and contrasts. Crystal Stilts have had loads of memorable moments on record before but this is their best album.