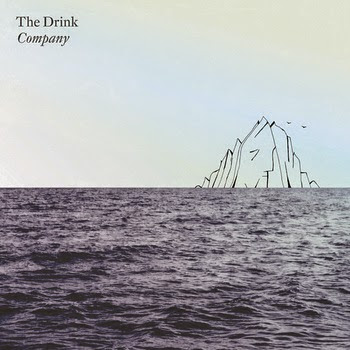 Latest single from an album (Company ) that might have slipped under the radar because of its pre-Christmas release.

Lead singer and songwriter/guitarist Dearbhla Minogue is Irish but her two colleagues are English, the band is London-based and to be honest this is not the sort of music you would expect to spring up in Ireland. It’s playful (too playful to flourish on this old sod, I’d maintain - she had previous links with the Popical Island people which is a broad church), gleefully flitting across genres but managing to retain a seriousness of intent through considerable musical chops.

This tune is a prime example featuring dancing hi life guitars, restless time signatures (you’ll see Deerhoof referenced favourably in reviews of the band and justifiably) and an arrangement that seems to combine three or four songs mashed together. A mish-mash it isn’t though presumably because each melody is so singalong accessible.

Minogue has a particularly endearing voice, capable of accommodating warm harmonies or tricksy high register melodies equally comfortably, while the music swings between sweet and fuzzy most satisfyingly.

It’s wonderful progressive pop music all in all.

*I was a bit puzzled at first to read Minogue citing folk music as one of the main inspirations for the band’s sound. However, if you delve a bit deeper into the album that comment makes more and more sense. You could easily imagine the memorable electric guitar spirals at the opening of ‘Wicklow’, for example, played on acoustic guitar by some bearded gent in a smoky room in England in the 1970s. It's something of a triumph of the imagination that those folk influences are twisted into bright and challenging pop shapes.