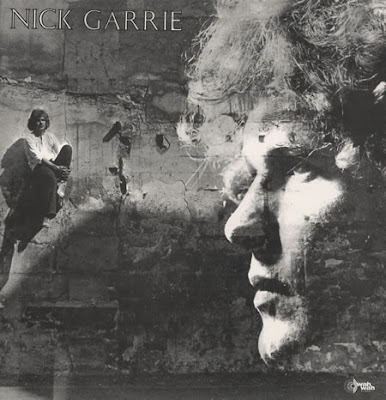 Gorgeous baroque pop with a psych folk edge like a meeting of The Zombies and Nick Drake, with a side of Bob Lind, the definition of a lost classic. Here’s the story in the man’s own words.

"It was September 1969 and I was 20 years old. I walked into a Parisian recording studio full of orchestra and Eddy Vartan (the producer). The result, two weeks later was the album 'The Nightmare of J.B. Stanislas' [Disc'Az]. The label owner [Lucien Morisse] who had signed me up, died a few weeks later and the album was never released. So I went on my way. I taught water skiing on an Italian island and skiing in the Swiss Alps. I carried on writing and would play my songs to my mother (my only fan) in her kitchen where the sound was good. When she died, I recorded the album 'Suitcase Man' with some of Cat Stevens' musicians and the album went to No.1 in Spain. The label forgot to pay me but I did get to open for Leonard Cohen in Spain which was probably worth more. He was a great mentor and a kind and generous man. I also met Francis Lai (Un homme Et Une Femme, Love Story) and we wrote some songs together which resulted in a 6 week tour of Japan and Korea. Then marriage and family beckoned and the music stopped."

I particularly like the dramatic orchestral sweep of the title track, the serene flute arrangement of ‘David’s prayer’, the string swoon of ‘The wanderer’, and the Byrdsian guitar chime of ‘Little bird’.