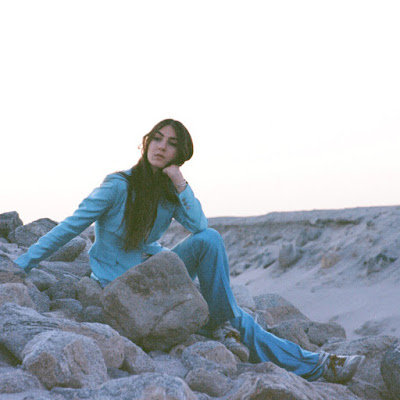 So here's the final instalment of this Best of 2016 loosely centring on Psych Pop and some offshoots. I must say it was great listening back to the tunes over the last few weeks. It seems I always say this, but it really was another great year for music. It’s also very interesting when compiling a list like this to spot trends over the year, or longer, some kind of pattern that might be developing, or on the other hand any glorious one offs.

I think I always say this too but no harm in repeating. These lists aren’t meant to be representative in any way. I know there are glaring omissions here out of the sum of music released last year but this list is made up of the music that struck a chord with me and in almost all cases was played (generally quite a bit) on the show.

So once more with feeling, these are in no particular order. Enjoy.

1. Weyes Blood – Front row seat to Earth (Mexican Summer)
Compelling work of art adorned with the sublime singing voice of Nathalie Mering (having just a hint of the husky magnificence of Karen Carpenter) which contains at least three all time classic relationship break up songs.

What’s striking amidst the loopiness of the arrangements is the unbeatable quality of the songwriting – short and sharp but giving the impression of taking its time and possessing a sweet almost childlike lyricism.

4. Angel Olsen – My woman (Jagjaguwar)
Bracing garage rock statement of intent from the Chicago resident with a voice which is an extraordinary instrument – it can be tender and soft, harsh and berating, pleading, sometimes all in the same line, and always completely convincing.

5. Cavern of Anti-Matter feat. Bradford Cox – liquid gate (Duophonic Records)
A groovy fuzzy bassline, shakers, winsome vintage synths, the Deerhunter frontman’s unmistakeable drawl. There are ecstatic dreams of Stereolab here (COAM does include 'Lab founder Tim Gane) and it’s a wonderful thing from their first album void beats/invocation trex which is full of many other wonderful and varied drones.

6. Hilma Nikolaisen – Puzzler (Fysisk Format)
Gorgeous understated psych pop from the former bass player with Sereena Maneesh and the bass playing on the album is the icing on the cake for me, a delirious acid rock tumble of notes.

7. Nap Eyes – Lion in chains (Paradise of Bachelors)
Sublime late VU-esque atmosphere, taking its sweet time, with as many verses as it needs, chiming guitars over a gorgeous vocal burr, like a comatose ‘Sweet Jane’.

8. Real Numbers – Wordless wonder (Slumberland Records)
I’m a sucker for this rollicking wall of sound jangle, with a lovely wide eyed freshness which renders irrelevant the suspicion you might have heard it somewhere before.

With it the Minneapolis group have taken the baton from the great Crystal Stilts and that’s good enough for me.

9. The Altered Hours – Virgin’s sleeve (Art For Blind/Penske)
The second side of the Cork (based) band’s debut album In heat not sorry in particular got me last year. It featured mainly quieter, spookier songs giving more space for the musical elements to hit home, for the psych to bloom properly if you will, giving thrilling hints of the likes of Mazzy Star or more recently the likes of Death & Vanilla.

10. Whyte Horses – La couleur originelle (CRC Music)
And psych pop with a glorious French twist from the Manchester group, taking the best elements of The Go! Team and yé-yé to create something joyous and danceable.

11. The Chap – Student experience (Lo Recordings)
A refreshing gust of post punk art rock with a delicious take on the “business” of western European university education. “Make me ready to be market ready” is one of the lines of the year in pop music and all the better for being surrounded by edgy guitars and restless drums.

12. Rozi Plain – Marshes (Lost Map)
Sublime drifting kosmische from the English singer who continues to push folk music into fascinating psych pop territory. Having seen her play live for the first time last year (a wonderful show with the help of a few mad Frenchmen and one reasonably stable looking Englishman), I can also say that she’s the only singer songwriter I know who includes Sun Ra and Monks tunes in her set. Can’t wait for her next album already.

16. Lake Ruth – The inconsolable Jean-Claude
Mention of the great Gainsbourg collaborator (JC Vannier) is guaranteed to get the juices flowing around here and this gorgeous slice of baroque psych pop borrows his intoxicating palette of sharp and groovy plectrum bass with cooing keys and delicious chopped guitar.

It is a collection of pieces unhindered by percussion or rhythm in the conventional sense. Instead each song floats as if free of gravity and there is very much a sense of suspension above the earth in the bed of synth rumbles and drones.

I’m not sure if melancholy is the right word but there is a definite sombreness running through the record. However it is wrapped in such gorgeous and intriguing musical forms that it doesn’t seem to define the record.

Which makes this an uplifting and triumphant record.

18. Wymond Miles – Protection (from the album Call by night, Sacred Bones)
Especially gorgeous and soulful brand of psych folk from the Fresh & Onlys frontman. It glides mainly on a killer backing vocal, a high register shadow that casts a crucial half light over the sparse arrangement of piano and guitar.

19. The Moles – Artificial heart (Fire Records)
A storming return from the Australian 80s cult faves lead by Richard Davies with the album Tonight’s music. This tune cut straight to their Flying Nun roots with a winsome jangle and great no nonsense backing.

Track 15 in this playlist

22. The Comet Is Coming – Channel the spirits (The Leaf Label)
And to finish two Leaf stalwarts, in many ways bands that are two sides of the same coin, sharing as they do the considerable talents of saxophonist Shabaka Hutchings. As the TCIC press blurb has it, “the sound of total planetary destruction, produced with laser-guided accuracy and aimed directly at the dancefloor.”

23. Melt Yourself Down – Last evenings on earth (The Leaf Label)
And another great twin sax assault in 2016 by MYD, a rumbling snaking dancefloor shaking screaming tornado of sound.