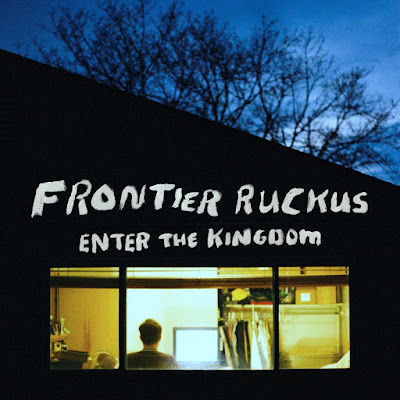 What is more thrilling than a well crafted piece of songwriting?

Frontier Ruckus are a band from Detroit who make sublime teasing guitar pop, a kind that portrays the current twenty something generation mercilessly but still with a degree of affection. On the up on the face of it but holding on to a melancholy undercurrent that drags it back, some vague feeling of being lost.

Look no further than the wonderful ‘Our flowers are still burning’, a twisting turning puzzle of a lyric that uses sprightly acoustic guitar and banjo as a decoy, a thin disguise for the sad streak running through a life. The opening line should have you on its hook in seconds.

In the sunken silhouette of your drunken pillowette

Elsewhere the album paints a bleak but vivid American landscape of dexedrine, ibuprofen, looking for work on Craigslist, infernally hot summers in Detroit, prozac, shitty jobs, dysfunction, e-cigarettes, in the arcade throwing darts, the hollowing out of city communities and more, while managing to come out of it all with a degree of hope, or at least the taste and texture of a life lived.

The arrangements don’t stray far from acoustic guitar as anchor with keyboard and backing vocals giving principal support. Meanwhile the lead vocal of Matthew Milia has an intimacy to it and a yearning quality which is even more poignant against the sharpness of the lyrics.

It is folk rock with barbs among the hush and it’s a beautiful thing.