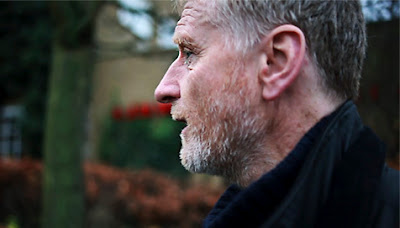 Great to see Sean O’Hagan again recently back in the People’s Republic.

A sticky midsummer evening. Not so much sunshine but still with a promise of summer about it. In the background the lush green sward of the pitch and the hedgerows and St Vincent’s Church in Sundays Well towering on the hill across the river.

Sash windows. Smokers (most of them cricketers wearing the club blazers as opposed to gig goers per se) watching from outside on the balcony.

There was a convivial atmosphere in the long room. Something like a reunion of old friends. A room decorated by black and white photos of cricket teams. Behind the small stage a giant framed drawing on the wall of the Cork Exhibition in 1902 which took place on this very ground. Where we sported and played.

An audience that came up in the 1970s and 80s. Who might have seen Sean play in Microdisney in one of Cork’s dingy/beautiful venues. There may have been some nostalgia in the air although Sean always comes across as someone who reflects on the past with specific purpose. With intent.

Sean’s south London burr recounting his enjoyable jaunt around the island. Bossa nova High Llama style. The wonderful domestic soul of ’Nomads’ and ‘Checking in, checking out’ from the 1990s. Songs about his home area of Peckham from the album and stage show Here come the rattling trees.

A lived in heartfelt voice.

The dedication to the late Mary Hansen of Stereolab.

Touching is the word.

And finished with a song by Jerome Kern. An intro to the effect that we need this song now more than ever in these strange times.

His ‘Ol Man River’ had something of the languor of the Beach Boys’ version but swapping the gospel for bossa.

The lovely Lee and the Llama.