The Doomed Bird of Providence - new single on Front & Follow 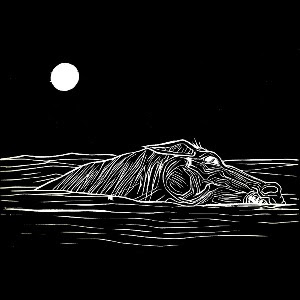 We've mentioned The Doomed Bird of Providence in these pages several times this year (go here and here to refresh your memory.) Their excellent album Will ever pray on Front & Follow is one of my favourites of 2011. The Manchester label have just announced a single from the band, containing two new songs, although they tie in closely with the content of the earlier album.

The Bell of the Jardines features enterprise, kidnap, ambition and finally leprosy on the high seas off Australia's north-east coast, in the life story of one Frank Jardine. It's really stirring stuff, driven along by wailing fiddles, see-sawing accordions and a thundering marching drum. It comes across like The Bad Seeds in bed with The Pogues, with a compelling singing narrator in ex-pat Aussie Mark Kluzek. Folk music like they don't make any more (well, very few anyway).

The death flurry employs electric guitar and bass further forward in the mix to brilliantly convey the visceral terror of Norfolk Islanders heading out to sea on whaling boats. The ghostly, fingerpicked guitar pattern 1m30 from the end is enough to send me over the edge. More effective than any ghost story (and, if you need it, the perfect antidote to Christmas).