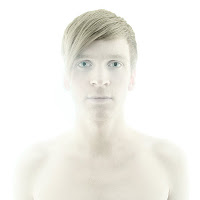 So as you know, Erased Tapes is 5 years old (reminder here).

And, unlike most 5-year olds, who tend to be on the receiving end of presents, this one just keeps on giving.

Among other things this week, new music from Icelandic composer Olafur Arnalds. It's a 7 inch single featuring two pieces of music written for dance performances. Here's some detail on it.

This limited edition single captures two exciting tracks for two dance projects. The first 'Endalaus II' was created for 'Endalaus' by Norwegian Choreographer Alan Lucien Øyen, commissioned and performed by the Iceland Dance company. Fans will recognise the track as one of the highlights from Ólafur's recent live shows, creating an emotional punch against the classical strings.

'For Teda', the second song is for London-based company Neon Dance and part of choreographer Adrienne Hart's on-going project 'Archived'it'. It brings forward a new concept in online interaction by allowing anyone to create their own version of ‘Dance on Steps’, a dance film featuring dance and mime student Teda de Moor from 1934.

And for vinyl fetishists out there, I must say the packaging also looks gorgeous.

You can find 'Endalaus II' in this Tour Playlist the label has put together for their October travels. There's a shifting, seething quality to its electronic percussion that would be inclined to remind you of Massive Attack, until the trademark poise of the piano and strings gradually takes hold.

'For Teda' maintains more of an elegaic atmosphere from the start, via piano and swells, although there's also some interesting thunder/hand clap percussion involved.

Olafur Arnalds first came to my attention about 2 years ago (that would be when Erased Tapes was 3, I suppose), with his album ...and they have escaped the weight of darkness. That's an album title which puts some pressure on the music to deliver on its portentous connotations. However, it effortlessly steers clear of all pretentiousness and is simply, and unself-consciously, beautiful and moving. Listen here and start a new love affair.