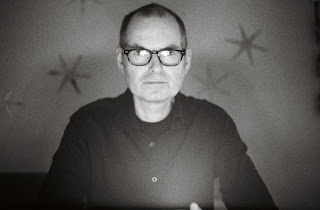 Fascinating collection of soundtrack work from a man probably best known as a producer to PJ Harvey, Eels and Sparklehorse, to name a few. The album compiles work from six different films over the last five years or so. Parish’s affinity with soundtracks apparently goes back some way.

“Growing up, film soundtracks had provided some of my favourite pieces of music – Morricone, John Barry of course, but also Wim Mertens,early John Carpenter, Nino Rota, many others. I could tell that all these influences were buried in my own music, which I thought of as filmic long before I’d ever scored a movie.”

It’s good to hear contemporary artists acknowledge the mutual influence of the two dominant pop culture forms of the 20th century. My own favourite moments on the album are ‘The Girls Rehearse’, which has a lovely laconic mellotron drift to it, and ‘The Island’, with a spikier guitar-driven melody. Both have a pleasing Morricone feel and conjure plenty of intrigue without any pictures.

Not unexpectedly, many of the tracks are short, interlude-style cues, but the whole album is worth hearing and hangs together brilliantly for a compilation.

The full tracklisting is this:

And the breakdown of films involved is this: