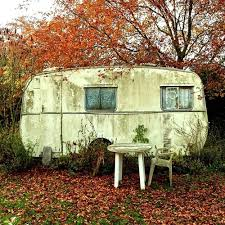 Another album that got lost in the summer recess and backlog but well worth waiting around for.

A return from Dan Carney (ex Dark Captain) and an album which beautifully carries on the thread of spooked folk and krautrock beats from his former band.

‘Vampires’ then changes the tone brilliantly with buzzing electric guitar power chords and percussive scrapes against a jerky breakbeat. The nervous energy of the arrangement perfectly captures the vague disquiet of the lyric.

‘Spanish archer’ employs a mid-range tug of E-bow against a chorus of “ba-ba-bas” which just can’t be denied.

And the album keeps these high standards. Wherever you turn, thrumming bass and brushed drums create great sound pictures of mournfulness transformed through defiance (or is it simply perseverance? Maybe they’re the same thing...), while restless guitar arpeggios and stoic woodwind blow past the clouds to find a silver lining.

These are uniformly gorgeous, hushed psych pop songs capable of lifting the spirits from the doldrums. And that’s psych with a small “p”, the unshowy, creep-up-on-you but nonetheless burnished kind.

What a beautiful piece of work this album is.