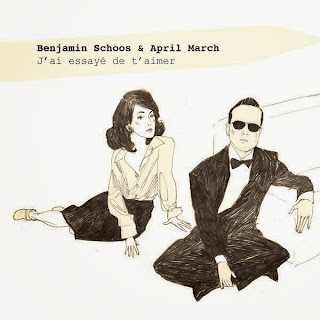 Sumptuous, string-laden pop gem from the Freaksville label founder Benjamin Schoos with the help of his accomplice April March, which summons the spirit of Serge & Jane as well as the sweep of Stereolab.

There’s a great bittersweet quality to the lyric obviously – “I tried to love you” bringing to mind Gainsbourg’s break-up classic ‘Je suis venu te dire que je m’en vais” (“I’ve come to tell you that I’m going”) – but it’s the marvellous arrangement that carries off the tune via a series of stirring contrasts.

The voices – March floating among the clouds, Schoos occupying a much earthier place – the soaring string parts against the bouncing backbeat, the smoothness of the synths against the bass pulses.

It all amounts to a marvellous, timeless piece of work and another Freaksville treasure.