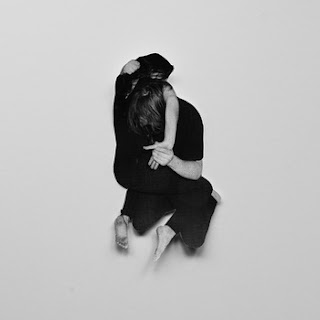 The 4th album from Swedish husband & wife duo Mariam Wallentin and Andreas Werliin is all about the blues. Although not necessarily the blues as you know them.

That’s not to say that it’s miserable or depressing, far from it. It’s one of the most invigorating records you’ll hear. But all the songs revolve around that blues hub.

So the opener ‘Ghosts and pains’ sets a series of vocal sighs, gasps and gospel flourishes above a repeating drum tattoo. Knockout single ‘The offbeat’ takes a more strident tone, Werliin exploring the limits of the snare drum while Wallentin implores and pleads as if her life depends on it.

That’s the thing with Wildbirds & Peacedrums, you always get the feeling that they are committed, to the core. It makes listening to them a thrilling experience.

‘Mind blues’ mentions the genre explicitly but the scattergun of percussive ticks and vocal coos as intro is the last thing you expect. Wallentin proceeds to set the rhythm herself, a furious rap of grasping vulnerability dredged from deep down – “I would never know what’s the truth, I don’t even know what’s a lie”. Drums follow her lead, punctuating the words with gunshot cracks. It comes out sounding like a kissing cousin of the recent work of Dirty Projectors, breathing new life into the phrase "rhythm and blues".

Find yourself being hooked also by the footstamp and handclap of ‘The unreal vs the real’, after a tense, hissing ride cymbal prelude.

‘Who I was’ is possibly the closest to a conventional blues structure on the album, a Bo Diddley backbeat under another compelling vocal incantation.

The album arguably departs from the blues in a couple of places. ’Soft wind, soft death’ for example creates more of a hymnal, gospel atmosphere, fluttering hi-hat/cowbell breakbeats making a complex bed for the measured, layered vocal harmonies floating above.

With the exception of a few judicious electronic touches, it’s all just drums and voice. A husband and wife grappling with an existential and physical crisis, the agony and the ecstasy and the frenzy of life, that’s how this sounds. It makes for a compelling drama you can’t take your eyes or ears off.

The second single ‘Keep some hope’ seems to sum up their conclusion from this turmoil - “Let us keep some hope, to feel that we’re alive”.

This is an exceptional album, full of soulful, primal, vital elements. It has an ageless quality but still manages to sound completely fresh and modern. It is a powerful, magnificent piece of work and one of the albums of the year without a doubt. It goes without saying that you need it in your life.