Circuit des Yeux – Do the dishes (from the album In plain speech, Thrill Jockey) 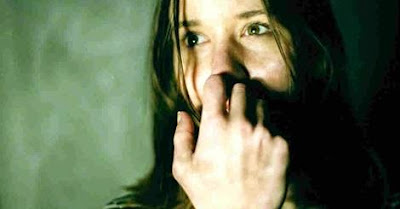 A compelling and invigorating slice of what sounds quite like performance art on record from Haley Fohr of Chicago.

If that’s a new name to you, here’s the press blurb behind her new album.

Haley Fohr’s music strikes a unique balance between the personal and universal. As Circuit des Yeux she creates music that embodies the complexity of human emotions, juxtaposing tenderness and grief, ecstasy and horror, using sounds as representations of the emotional spectrum that we all experience. Fohr’s striking voice, an impassioned baritone, is the music’s centerpiece and guiding force. On In Plain Speech, Fohr is joined by some of the most progressive musicians in the Chicago music community; Cooper Crain (Cave, Bitchin Bajas), Whitney Johnson (Verma), Rob Frye (Bitchin Bajas), Adam Luksetich (Little Scream), and Kathleen Baird (Spires That In The Sunset Rise). Fohr cements her reputation as a fearless songwriter and inventive arranger with this stirring collection of songs that are both gorgeous and emotionally potent. Produced by Cooper Crain, In Plain Speech represents the start of a new, more collaborative chapter for Circuit des Yeux.

The minimalist opening on this album standout might put you in mind of the gradually phasing patterns of Steve Reich but with added distorted oomph.

It turns out this opening was created by cutting up and looping an original ethnographic field recording from Laos (you really would swear it’s an organ), a piece of information that only adds to the impression that this woman is not fucking around.

That and these words I suppose.

That grinding loop then drops out suddenly, taking Fohr’s rollercoaster of a voice with it and leaving in its place a sparse ghostly playout as a catch your breath coda.

It’s an intriguing piece of work all round.

*There’s also an interview with Fohr by FACT on this link which includes a full stream of the album.

**And be aware this video features full frontal nudity so is very much NSFW.