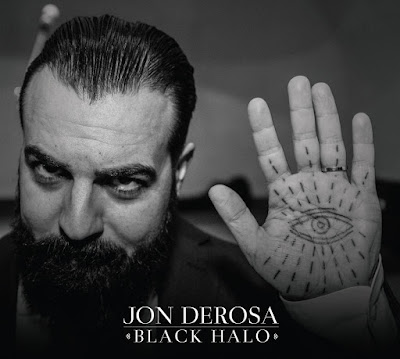 So is the music. Jon DeRosa moved to Los Angeles recently and even though this album was largely recorded in his former home of Brooklyn, there’s a distinct flavour of the west coast about the sound. Take the delirious mariachi of ‘When Daddy took the treehouse down’ (co-written with Merritt), the glistening guitars of ‘The sun is crying’, a kind of drunken wedding waltz, the open skies of ‘Coyotes’ where the big guitar riff calls to mind, dare I say, U2 from around The Joshua Tree era – appropriate perhaps given DeRosa has apparently taken to frequenting such ancient natural landmarks (fear not Bonophobes, the similarities are mercifully fleeting and end there).

I was a huge fan of DeRosa’s previous album A wolf in preacher’s clothes and there’s so much to love on this one too, from the songwriting to the arrangements to the production. A song like ‘Give me one more reason’ is glorious shimmering dream pop adorned with his signature baritone croon, as if Nick Cave had put down the blues and taken up sumptuous and lachrymose balladry a la Roy Orbison.

‘Blood moon’ is another gorgeous piano ballad on the face of it but a distinctly haunted tone creeps through, crowned by these lines -

So perhaps a shaded perspective on the west coast we're not so used to hearing.

The brilliantly arranged ‘Knock once’ has a similar effect. Flutes and trumpets uplift around a trilling guitar but you can’t quite shake the suspicion that dark forces are afoot.

‘You’re still haunting me’ spells it out even as DeRosa exults and the band sustains beautifully.

The album centrepiece and standout for me, the absolutely sublime ‘Dancing in a dream’, a duet with Carina Round of the band Early Winters. DeRosa takes a higher vocal register than usual to begin with superb effect matching Round’s before swooping lower for the chorus as their melodies entwine while the the air all around is thick with swelling guitar atmospherics and distant drones.

It’s only one of many enduring memories from this wonderful album.