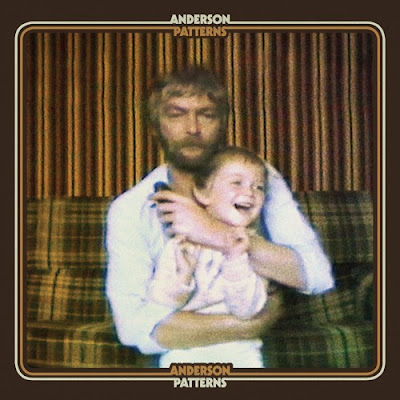 A Dubliner with a great line in Nilsson-esque songwriting (there’s a lot of that going around this month) and winning melodies.

One of the most appealing things about this album is the lyrics, full of sincerity but thankfully without that dreaded earnestness and just as thankfully without any tiresome obliqueness. An opening line of “I get up in the morning, try to feel some sense of worth” could be a recipe for disaster in other hands. Here on the title track it’s paired with a lovely sprightly arrangement of upbeat acoustic guitar, twinkling piano and chirping strings for a genuinely touching effect. By the time he gets to “every song’s a souvenir for somebody to take”, if you’re anything like me you’ll be totally won over.

He follows up with the wonderful ‘Things we have in common’, another lyric of self-doubt pulled up by its bootstraps by swirling strings and a chugging bassline. Plus self-doubt is all well and good but it’s given great dimension with songwriting (and analysis) this good - “are we destined to hide in the underside of what we really feel”.

There’s a similar effect with ‘History’, where a delicious brass part lightens the doleful tone of the song.

We could also mention the wonderful ‘The existential vacuum’, a beguiling Beatlesque kitchen sink drama without a chorus (which is not a problem, the verses are so good). Or ‘Cecilia’s sister', the title a nod to Simon & Garfunkel (it also shares its backbeat) but more importantly a marvellous social realist portrait of contemporary Dublin that rings of absolute authenticity. The arrangement is another delight and the words will once again likely rattle around your head long after – “Mister why do you dress like that, you look like a queer in that stupid hat”.

All told, an extrememly satisfying and heartwarming album wrapped up in a half hour full of true sentiment and belting pop tunes. It's great to see that combination has not gone out of fashion.

(If you're into backstories, there's plenty of that here too by the way, featuring a previous career in indie rock, building his own studio and selling this record door to door - http://andersonsongs.com/ for more.)