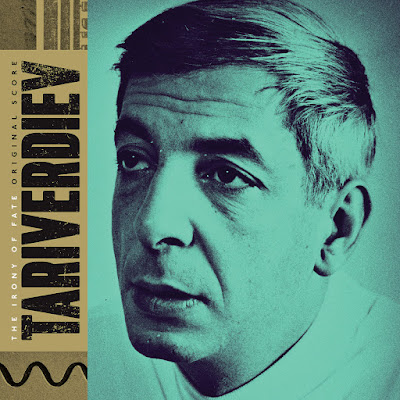 Last year Earth Recordings did a great thing. They released a retrospective of the film soundtrack work of Mikael Tariverdiev, a Russian composer who might have been to that country what Michel Legrand is to France. He was prolific in the 1960s and 1970s, a time when not much of Russian culture passed through the iron curtain to this side of the continent. That album was an absolute treasure and you can read more here.

This new release is another sublime collection from a 1975 film, sweeping orchestral passages brushing up against plaintiff Russian folk songs. My favourite moments are the sublimely soporific feel to the orchestral jazz theme of ‘Snow over Leningrad’ and its companion/variation ‘Melody’, where the strings come out from under the shadow of the vibraphone magnificently.

Another album to treasure from a treasure of a label.