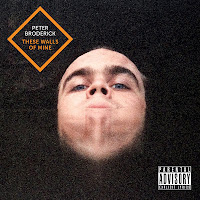 Nestled in the middle of Peter Broderick's new album is an unassuming 2 minute track with the weighty title Proposed solution to the mystery of the soul.

Let me try to sum it up. It's like an evolving gospel refrain fed into a meditation mantra ("first you've got a soul that's awake while you're asleep"), complete with finger cymbals and the convex sound of a glass bottle of water being struck. That's all. Just a number of Peter Broderick vocals to fill it out, and rounding off with a second refrain - "I love when words ring out true". It's intoxicating, basically. I can't get enough of it.

Even embedded in an album that is full of surprises - Broderick delves into beatboxing and RnB rhythms, a capella recitals and semi-sound design style dual conversations - I'm finding I can't get past this song. The album began life as a series of home recordings some of which he offered to fans for free on his flickr page. The kind of personal, intimate tone that implies comes across freely and completely unselfconsciously throughout the album. (The title track - both of them - and I've tried are two other great examples.) I would say it's a much better album than his Bella Union release It starts hear earlier this year.

The album, by the way, is called These walls of mine and it comes out on Erased Tapes on Oct 22 (available to preorder now).

You can have a listen, as well as to labelmate Rival Consoles' remix, down here. Do yourself a favour.