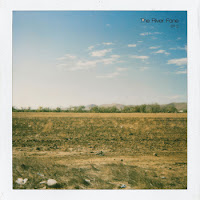 We played a track on the show this week by an Irish band called The River Fane. I came across the band through one of its members, Johnny Fox, who is on something of a sabbatical in Sao Paolo at the moment. (I say sabbatical, although he's "churning" out his own solo material at a ferocious pace - http://johnnyfox.bandcamp.com/album/more-or-less.)

Johnny directed me to his band page, currently hosting EP 2 recorded in 2011 in Dublin, which opens with Kaleidoscope, the track we played on the show. It's an absolutely glorious broken-down piano ballad, with woozy double bass and reverb-soaked vocals. As Johnny himself commented in correspondence, it was written at a time of a major Beach Boys obsession (which is grand with me). It reflects the overall ethos of the EP, showing an endearing blue-eyed soul demeanour. The production is direct and in service to the songs, which are superb. It sounds like nothing Irish, and that, to me, is also a fine thing in itself.

The River Fane will, I'm told, reactivate in 2013, which should be a cause for rejoicing all round.