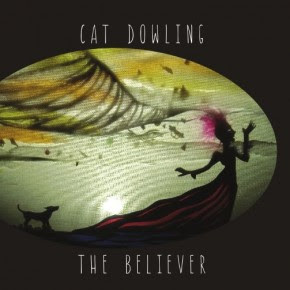 Another album I've been playing plenty on the show for the last couple of months is the debut from Cat Dowling. It's a beautifully subtle piece of work that bears repeated listening as they say. This was my review for WeAreNoise.

This is Cat Dowling’s debut solo album, having been involved with Alphastates for two previous long players. Her voice hints at blues, gospel, roots, with a hushed tone and a warm, lived-in tenor. There are no histrionics, little vibrato, just a matter-of-factness to the delivery which is very refreshing. With connotations like that, it’s no wonder she signed an international publishing deal recently.

The arrangements, though, are the key to this record I think - any record really. (The production, which is also impressive, is credited to Dowling with Gerry Horan and Karl Odlum; we might assume that the arrangement duties were similarly shared.) The album actually reminds me a bit of Sarah Blasko’s As day follows night from a few years back (which was produced brilliantly and with a similar light touch by Bjorn Yttling of Peter Bjorn & John) in the way that sensitive and sympathetic arrangements have been put to the service of solid tunes. The arrangements mean the songs punch above their weight to a certain extent – or put it another way, simple ideas have been amplified to a higher plane. There is nothing random about the drumbeats, the guitar sounds, the tone of the bass, the beautiful backing vocal touches, the string flourishes... the whole thing is almost an exhibit for Rock School 101 in how to set lyrics to music. That’s not to suggest that it’s dry and calculating – there’s plenty of warmth and feeling here too.

The appealingly mainstream ballad ‘The well runs dry’ for example – what I mean is its simple piano patterns and upfront, clear vocals are unashamedly accessible and all the more affecting for that. And the beautiful string swoon, brushed acoustic guitar and delicately pitched vocals of ‘The rules’. There’s a different kind of rousing string work on ‘Cruel’ (by Kevin Murphy of Seti The First and Marja Gaynor). There are unexpected flourishes in the scratchy two-step of ‘Invisible’ and the DIY, slightly Bjork-ish backbeat of ‘Hunters’.

But Dowling’s vocal generally, and rightly, carries the show as a rule, as with the sheer class and conviction of first single ‘Come on’ and the wonderful catch in her voice on ‘Gospel song’. Every sound is carefully chosen to add emotional weight to the songs. That carefulness might give you pause to wonder if there’s another Cat Dowling character waiting in the wings – a rawer, more wanton one perhaps – but that’s a bit like asking if Karen Carpenter could sing grunge. (Reader, I’ve spent idle hours pondering that question.)

As a matter of fact, Dowling’s voice makes me think a little bit of Sinéad O’Connor. Not that there are any really close musical comparisons, but I wonder has there been an Irish female singer since the ordained one with the vocal chops and authentic, persuasive delivery to straddle the centre as well as the margins of pop music. Cat Dowling sounds like that calibre of singer and this is a very fine album. 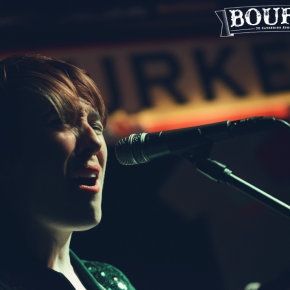 My WeAreNoise colleague Stephen Purcell also reviewed Cat's support slot to O Emperor in Limerick a couple of weeks back. It sounds like her performance was just as arresting as the record.

Joining O Emperor as tonight’s opening act is former Alphastates front woman Cat Dowling. Cat recently played a headline Seoda Show with full band in tow, but tonight she stands alone armed with just her acoustic. While her previous outfit Alphastates never quite did it for me, I’m happily convinced by Dowling’s solo venture. By and large her songs have a reflective tone, focusing on the positive and learning from mistakes.

On ‘Invisible’ she sings of the introvert inside, the longing to shy away from the familiar and remove herself from the radar. On ‘Come On’ Dowling’s vocal traits mirror the Yeah Yeah Yeah’s Karen O, it’s not so much the voice but that natural and rare ability and fluidity across her vocal register. Again, this is very much evident on ‘The Believer’ which for tonight at least is performed a capella. With a shaker and a tambourine in hand, her seductively cheeky grin is cast aside as her hands wave like a witch doctor, casting a spell of belief over the transfixed faces up front. She seems genuinely humbled and emotional with tonight’s response, as she nervously stumbles on words while thanking the crowd. Dowling conveys emotion effortlessly and what better way to hone in on that skill than pulling out a fine rendition of Bjork’s ‘Joga’. In its most stripped down form, Dowling silences the sold out crowd and by doing so takes the Bjork version into whole new territory. I certainly don’t need anymore convincing.