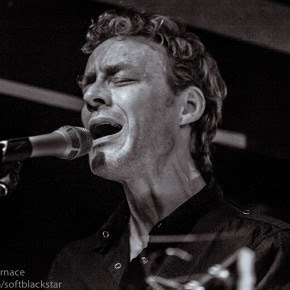 An earlier version of this piece first appeared on WeAreNoise.

Among many beautiful moments on the new Low album, there's one song that takes the cake for me.

So far I've found it hard to get past this absolute showstopper with Mimi on lead.

It's a curious mixture, as always with Low, the beauty of the suspended-state-of-grace vocals with, in this case, a quietly sinister, thrumming guitar and an upright piano way at back of the room.

But when she reaches the refrain and about another five Mimis join in on those seven simple words, it'll be all you can do to keep your composure.

The essence of soul.

Tell you what, have a bit of the conversation-stopping 'Plastic cup' as we're at it - even though Alan's on main vocal, it's Mimi's spare, to-the-core backing contribution that steals the show for me again.

And great to hear that they're coming back to Ireland soon.

In Cork, we still talk fondly of their sell-out gig at Cyprus Avenue last July. Jaysus, it was pretty sweaty that night, but in a good way.

By the way, check back on Simone's full photoset from that gig last year on this link, they're great -

This time around, they're working a few dates in around their Green Man Festival appearance next August.