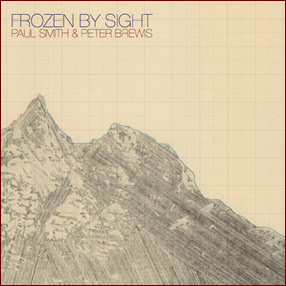 A sublime and intriguing album of chamber pop from the Maximo Park frontman and one of the Field Music brothers, which interestingly draws on their previous work in both bands.

Paul Smith’s lyrics are derived from writings done on tour with Maximo Park (locations include Barcelona, L.A. & Budapest) and they contain wonderfully off-kilter and side-on perspectives of daily life in a foreign place.

Like the picture of two people digging in the sand in ‘Santa Monica’. Or the deceptively plain image of the guy “flipping his mobile phone” and the “girl in pink flip flops” from ‘Exiting Hyde Park Towers’.

All the while, the perfectly sympathetic arrangements of Peter Brewis probe and tug at the outer edges of meaning and tone, with swaying strings, plangent piano, pinging guitars and brilliantly wrong-footing percussion (the other Field Music brother David Brewis was involved on drums and production).

‘Perth to Bunbury’ is a great example, a rolling tom pattern with rattling percussion setting the scene for a train journey, while piano and strings swoop and fall about and Smith’s observations sprout up like the palm trees going past the train window.

There’s a shade of Van Dyke Parks (any hint of chamber pop inevitably has) in the questing mood of the album, maybe later Talk Talk too in terms of the great expanses of space between lines. I believe Brewis has also mentioned David Sylvian as a reference point. This is particularly apparent on the beautiful ‘Budapest’, sparse piano, double bass and falsetto harmonies creating the most gorgeous almost-emptiness.

With a lyrical poise, combined with homely yet adventurous arrangements, this album is a wonderful collection of songs and all round a tremendous piece of work.