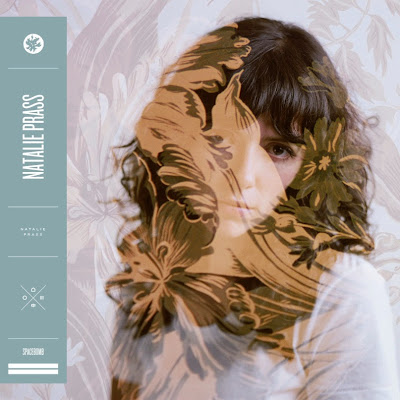 This is an album that has got a lot of love from the music press lately and there’s plenty to love about it. I think it might be a bit of an acquired taste though for the general listening public. And it’d be a pity if it didn’t stick with people because its charms tend to grow and grow once they take hold.

The main feature of the album that might take some acquiring is Prass’ voice. It’s an up close, late night instrument, not much above a whisper, mostly in a high register. To say the very least it’s intimate - as befits songs addressed to and about lovers and dealing with emotional turmoil - delicate, fragile even, certainly vulnerable. You might even go so far as to say self-doubting. Suffice to say it does not have the belt it out confidence seemingly beloved of audiences these days.

There’s also a kink in her delivery, a sharp intake of breath just before the start of a line, which, given she is generally very close to the mike, becomes amplified beyond mere background noise. It gets in the way on first listen but later gathers the extra weight of a heart’s burden, something that again adds a lot to the song subjects. However, it is certainly unusual, particularly for an album so rooted in soul tradition. Unusual in a good way though.

What are not unusual are the musical arrangements. They are plainly and undeniably beautiful - singing strings and rolling horns, comforting flutes and slinky guitars. ‘Your fool’ and ‘My baby don’t understand me’ are the kind of accessible soul arrangements pretty much everyone can connect to, echoes of smouldering Stax classics in the air.

Still I wonder if her voice isn’t better suited to the kind of chamber arrangement heard on ‘Christy’, a sombre harp and string quartet providing the backing (a nod to ‘She’s leaving home’ by The Beatles perhaps?). Here the delicacy of the vocal is perfectly shadowed by the music, giving the lyrics an extra frisson – the plot is a twist on ‘Jolene’, a wracked plea to her (ex) man’s new admirer.

This kind of rarefied atmosphere is also created later by the gorgeous string arrangements of the closing song, the soundtrack-ready semi-showtune ‘It is you’, and the brilliantly disorientated fluttering of ‘Reprise’.

Interestingly, the two songs, ‘Why don’t you believe in me’ and ‘Never over you’, that bring a lower vocal tone immediately have a sturdier, possibly more poignant, feel to them, a little reminiscient of Karen Carpenter. This may signal another string to Prass' songwriting bow, something that shines through from the album on repeated listens.

So, a record that seems at first easy to pin down – the sound of a mature weathered studio, vintage equipment, a bunch of absolute pros for a backing band (the Spacebomb crew) and the sweet and warm production by Matthew E. White with shades of 70s soul, prime Nashville and AM rock - isn’t that easy after all.

It might be unusual but it’s also an intriguing piece of work.