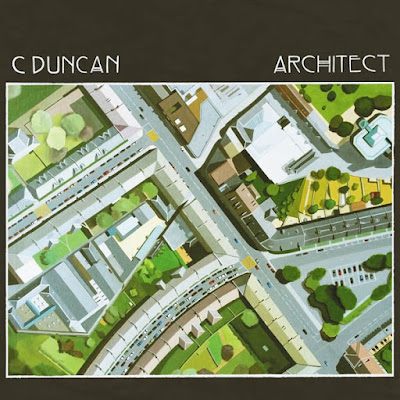 A thoroughly intoxicating album of leisurely (mostly) and dreamy paeans to the everyday from Mr Christopher Duncan of Glasgow.

On one end of the scale you’ll find the very pleasantly Grizzly Bear-ish ‘Garden’ with its swooping ooh and aw vocals projecting against a driving psych pop backdrop. All on foot of a mere trip to the garden.

Dialling the psych down a notch is the gorgeous ‘Here to there’ with reverbed and falsetto vocal harmonies let loose over a thrumming backbeat. In it Duncan suggests “it’s so familiar” and the song almost comes across as a mission statement for his music. How strange and astonishing the world around us is.

Much of the rest of the album is in a lower but no less lovely gear. ‘For’ has a drifting folk-pastoral air to it (and the most beguiling whistling interlude since Esquivel’s version of ‘Sentimental journey’) with beautiful vocal arrangements on display once again.

It’s the culmination of the album’s opening run taking in ‘Say’, the title track and ‘Silence and air’. The kind of glorious sequence you would dream of in your dream pop dreams. Where guitars and keys frolic in ways most unusual around sumptuous melodies. In fact the way these rock instruments cavort around serenely gives a kind of clue to Duncan’s classical musical upbringing. Classical perhaps in the way that Moondog is classical.

The choral uplift of ‘Architect’ in which the guitar parts form an unlikely orchestra. The dense heady atmosphere of ‘Silence and air’ which has another shadow of the baroque strains of Grizzly Bear to it and banked vocals conjuring church choirs.

The second half of the album features such knockouts as ‘New water’ - another hypnotic hymn to home (possibly?) – and ‘Novices’ with great swelling Morricone-esque strings. Both songs anchored by the everpresent tick tock guitar arpeggios. And the closing song ‘I’ll be gone by winter’ which comes on like The Beach Boys sinking even deeper into sacred music.

Intoxicating. Heady. This is strong stuff alright. Liable to knock you out. Tunes to make your head spin. I’ve seen another review mention the 4AD brand of dream pop as a reference point and it’s a good comparison. Because these songs put hooks in your heart and they don’t let go.