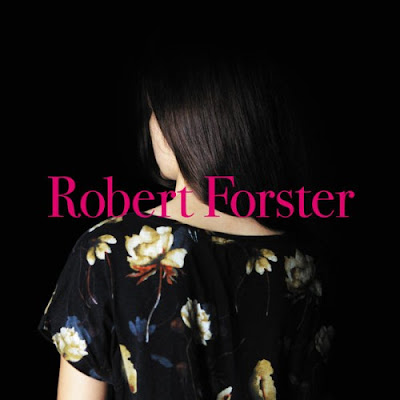 As you know, Robert Forster was a founder member of The Go Betweens with Grant McLennan in Brisbane. Together they released 6 albums of literate off kilter pop music in the 1980s. Unfortunately (or maybe fortunately) they did not make the commercial breakthrough achieved by other indie bands of the time like The Smiths and REM. The prevailing consensus goes that McLennan had the better melodies and singing voice but that Forster had the spikier lyrical talent. (McLennan’s style had a more poetic, and often nostalgic, quality.) The band broke up in 1989 and the two songwriters embarked on solo careers. They reformed in 1997, initially to tour, and subsequently recorded three further albums together until Grant McLennan’s untimely death in 2006. Robert Forster then released The Evangelist in 2008, a solo album but which included three songs of Grant’s, so it’s thought of as a de facto Go Betweens album by many. Not surprisingly, most of the reviews so far have painted this first record in 7 years in the context of Robert’s Go Betweens past. There’s undoubtedly some of that in here but mostly I hear it a little differently.

*Cards on the table – I’m a huge Go Betweens fan, also a huge fan of both Robert and Grant’s solo material.

To me, this album sounds like RF picking up a thread from his solo albums in the 1990s, a wonderful run of releases: Danger in the past, Calling from a country phone, I had a New York girlfriend – a covers album – and finally Warm nights which came out in 1996, the year before Robert and Grant reformed. If you tune in closely there are plenty of echoes of those albums here.

The covers album might be a place to start. That featured songs by Neil Diamond and Grant Hart of Husker Du, Bob Dylan, Guy Clark among others, and ‘Echo Beach’, the rollicking 80s pop classic by Martha & the Muffins, on the face of it a perfectly confusing selection. Robert has spoken often of the founding mission of The Go Betweens – an attempt to merge post punk and folk or roots. Or maybe more precisely, that those poles should not be mutually exclusive. So they loved The Velvet Underground and Talking Heads, but also Dylan and Creedence Clearwater Revival. The Go Betweens also always had room for classic pop melodies (‘Right here’, Streets of your town’, ‘Spring rain’).

The melody and delivery of ‘I’m so happy for you’ on this new album have a certain Neil Diamond quality, albeit with the melodrama surgically removed and replaced with wonderful sidelong glances.

‘Songwriters on the run’ has a hushed atmosphere that is quite reminiscient of Danger in the past, although the lyrics and arrangement conjure Dylan in the lovely meandering guitar lead. (In one recent interview, Robert described this as a song that could be imagined as Lennon and McCartney on the run and writing songs for each other as they hide in forests and the helicopters circle overhead, a scenario which might owe a lot to Dylan too.) ‘And I knew’ also has that album’s acoustic guitar and piano (hinting at Lou Reed/John Cale) set up, aswell as its sober air of regret.

The utterly beautiful ‘Turn on the rain’ has an echo of ‘I want to be quiet’ from Calling..., a song of love to a person or maybe a place (Brisbane perhaps, where Forster lives now again).

The overriding sound palette of the album though is folk rock, something which developed through those four 90s solo albums and came to a high point for me on Warm nights.

‘A poet walks’ is probably the best example of this strain, coming on like something from Dylan’s early electric period, with defiant upright piano, mariachi trumpet and thrumming fiddle. It also has one of my favourite lines on the album, as much for the petulant way it is delivered as the words themselves -

There are secrets that I could tell but I won’t

‘Learn to burn’ likewise, a naggingly simple guitar riff paired with a compelling two note rock n roll rumble and swinging country fiddle part. And the gloriously playful ‘Let me imagine you’ which has a particularly gorgeous bridge with Hammond organ calling to mind Highway 61 Revisited or Blonde on Blonde.

The contribution of the band is notable, containing two of The John Steel Singers (who Forster has produced), Scott Bromley and Luke McDonald, his regular drummer Matt Piele and wife Karin Baumler. They provide supple, restrained and sympathetic backing at every step.

I may be biased but this album sounds to me like one of the best things ever done by any Go Between and a wonderful reconnection with Forster's solo back catalogue.