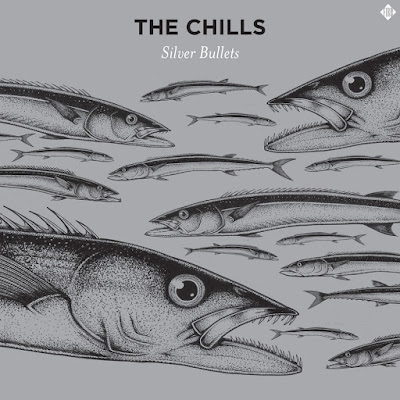 One of the more heartwarming returns of recent years in (let’s call it) popular music is the story of Martin Phillipps and The Chills, who are contenders for most cruelly underappreciated band in the history of the world. This piece by Michael Hann from The Guardian last year does excellent justice to Phillipps’ rollercoaster backstory (although the quoted paragraph does contain one glaringly debatable statement which I’ll come back to).

“In the late 80s, the Chills were one of the groups most likely to. After several years of adored singles, EPs and one album on New Zealand’s Flying Nun records – which made the proper charts there, and gained a devoted cult audience in the northern hemisphere – they’d signed to Warner Brothers. Their first album for Warner, 1990’s Submarine Bells, was critically adored, with a single – Heavenly Pop Hit – that was all over radio. But by the time its hit-and-miss follow up, Soft Bomb, arrived in 1992, the musical climate had changed and Phillipps’s careful, earnest, yearning pop had been superseded by grunge.”

A band out of time, that’s undoubtedly the case, whose face just didn’t fit by the mid 90s. I’d have to disagree about Soft bomb which is one of my all time favourite albums, more a string of heavenly pop hits than hit and miss, one inspirational enigmatic pop tune after another, certainly superior in my mind to Submarine Bells.

And if Soft bomb was the extraverted slightly pushy one, this studio album 20 odd years later comes on like the shyer lower key cousin. Suggesting shaded nuances. Hidden depths. Handsome as anything. And with a lyrical and heartfelt songwriting style.

Here are some other personal highlights from this album -

The cascading jangle pop of the title track. There’s even room for a surf synth interlude.

‘America says hello’, more thrilling jangles rattling along at a terrific pace with the addition of that other Chills trademark, the unforgettable refrain – “a rocket attack and a property boom”.

The superb ‘Pyramid/When the poor can reach the moon’, a two-song medley beginning with a pleading tune taking aim at human greed and apathy, then managing to keep hold of a perfectly judged bittersweet tone for the second half uplift. You might call it satire except Phillipps doesn't seem to have a cynical bone in his body.

Although 20 years older, Phillipps’ voice seems unchanged. It still sounds vital, like a clarion call to action. To wake the fuck up, though politely, sort of. And still earnest and yearning.