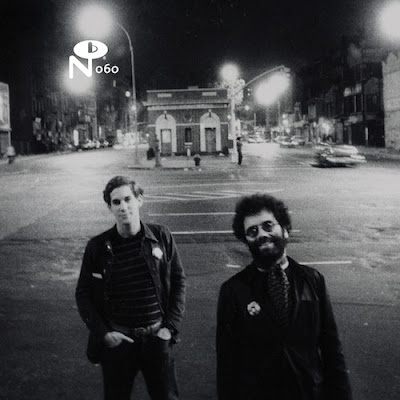 A great record compiling the diverse strands which made up the ORK Records activity of the late 1970s.

This was the label launched by Terry Collins, aka Terry Ork, a sometime Warhol acolyte and film nut who ran a movie memorabilia shop, Cinemabilia, in Greenwich Village. Out of these humble surroundings, a seed grew through mail orders, small ads in the Village Voice, free labour from willing rock n roll interns (Richard Hell, later of Television, was one of the first of these) and of course live shows at the likes of CBGB’s and Max’s Kansas City. There are only thirteen 45s to report from the ORK back catalogue therefore the majority of this release features demo sessions, outtakes and various other recordings that did not make it on to actual vinyl at the time.

These range from the well known – the first Television single ‘Little Johnny Jewel’ and Richard Hell & The Voidoids’ ‘Blank Generation’, providing the future templates for post-punk and punk respectively. (By the way, how post-modern and just cool as fuck is that, predicting post-punk before punk had even been coined.)

The less well known, in the shape of Richard Lloyd’s (of Television) magnificent foray into power pop (unreleased at the time because of Lloyd’s contractual ties with Elektra, via Television), and The Marbles putting forth a convincing, if unlikely, argument for sunshine pop in New York’s late 1970s impersonation of Gotham City.

And the out there – Alex Chilton (in his post Big Star, flailing around period) and rock critic Lester Bangs and friends.

It’s by turns thrilling, shambolic and endearing – in short probably a perfect representation of the times – and year zero for any history of independent record labels.

An essential document of a seminal moment in rock n roll history and don’t ya just love it.

(*By the way, you’ll want this for the excellent 60 page book that accompanies it, compiled by Rob Sevier and Ken Shipley, as much as for the record itself. It’s a gripping read.)

Track 7 in this playlist