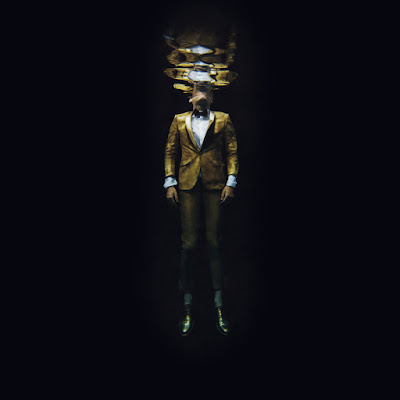 I was a huge fan of Jherek Bischoff’s first album (http://theundergroundofhappiness.blogspot.ie/2012/07/jherek-bischoff-composed-leaf-label.html) which featured a host of great vocal cameos from David Byrne, Caetano Veloso, Zac Pennington, Carla Bozulich and more. His second album is an instrumental affair but it packs tons of drama into the orchestral arrangements without use of words.

Key thing to know – the album recordings were begun in a giant underground water tank (now empty) located at Fort Worden, an old army base in Washington state. Bischoff took himself and computer with a couple of friends down into the depths for some initial improvising and recording. The intriguing thing from this exercise is that the sounds produced informed or even directed the overall album. The length of the reverb decay in the “cistern” – 45 seconds supposedly – forced the arrangements to be slower, more measured. As he says, “I found it so interesting how much the space itself seemed to tell us how to play, in essence becoming a collaborator. Things certainly worked best when we slowed down and gave the room time to sing.” Following these intitial experiments, the album was completed above ground at Future-Past Studios in Hudson NY with the help of New York ensemble Contemporaneous.

The lasting flavour of the album would be more post-classical than chamber pop, and the long tailed ambient bleeds might remind you of groups like A Winged Victory For The Sullen or some of the work of Olafur Arnalds. Like the sweeping grandeur of the title track. The reaching suspended quality of opener ‘Automatism’. The deep string undertow of ‘Lemon’, acting like a miniature sea portrait in sound.

Given the provenance of the recordings, the sound is predictably huge. You could take this as ominous, as it is on ‘The wolf’, or simply as an indication of the vastness of the world we’re in. Throughout, the rolling watery pulse of the sea is implied in every string swell and subterranean rumble, culminating in the wonderful two note majesty of album closer ‘The sea’s son’, with the power and poise of Gavin Bryars about it.

A magnificent moving tribute to the sounds of the universe and just a great record.