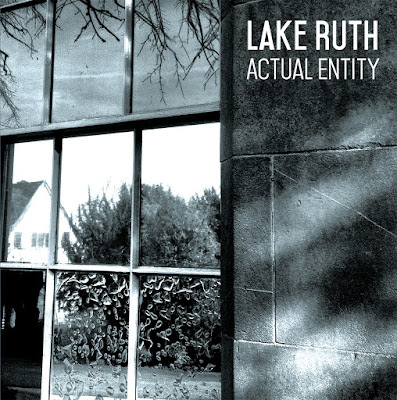 A lovely album of several appealing and different shades of baroque psych from the New York trio...

...from the heartlifting Byrdsian guitar flutter of ‘The only one who knows’; to the bass swagger of ‘The Greenfield industrialist’ reminiscient of JC Vannier; to the dreamy organ swirl of ‘Dr Snow and the Broad Street Pump’.

There’s something about the vocal melodies of Allison Brice that brings to mind Morrissey, something in the swoop, the bend, the rapid descent – ‘Helium’ is a prime example.

Look, it’s a new game show quiz
Oh...let’s do what is sensible

Or this intoxicating sequence from ‘Cabin fever’.

And I know, and I know
It’s not a shadow
It’s something in the trees
Lying in wait for me

Her serene singing is placed over often frantic musical arrangements, featuring chiming tick tock guitars, restless organs, busy offbeat drum patterns. Even the pastoral ‘One night as I lay on my bed’ (a traditional folk tune not a million miles from ‘Scarborough Fair’) has a baroque undercurrent, another searching organ apparently borrowed from the anguished section of some Mozart fugue.

This balancing of baroque and psych elements gives more of an overall psych taste, something similar to last year’s equally lovely To where the wild things are by Death & Vanilla.

This album follows on from their earlier single ‘The inconsolable Jean-Claude’, another reference to JC Vannier and a song which utilised brilliantly his palette of baroque keyboards with groovy rhythm section.