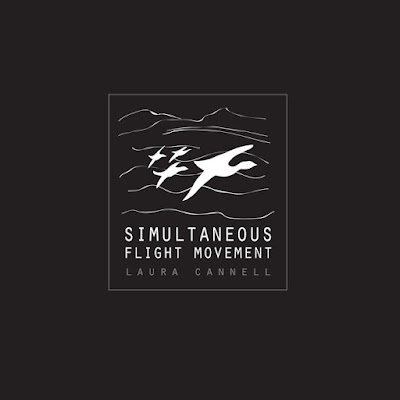 Musical moments and memories from the year gone by. In no particular order. Enjoy.

Woodwind and strings are strong and strident against a hushed motorik rhythm on centrepiece song ‘The British road’, a wonderfully sharp state of the nation analysis of Brexit era Britain – when will they learn to fight like our men, how can I rise if you don’t fall.

These poised swooping strings, along with the cooing woodwind, the signature guitar style of Craig Fortnam – courtly, playful, lithe – buzzing synths and the great pure singing of Craig’s wife Sharon against Craig’s reedier tones provide the core elements throughout.

Essential food for the ears, the heart and the head.

2. Nadia Reid – Holy low (Melodic)
An absolutely glorious cut from her first album to reach this side of the world, Listen to formation, look for the signs, with Reid’s enthralling voice that swells and shrinks and a beautiful high register guitar arrangement.

In among the plaintiff tones there’s also just the slightest hint of an intriguing gothic songwriting sensibility which might group her with her countrywoman Aldous Harding (see below).


3. Aldous Harding – I’m so sorry (Spunk Records)
Just the one single this year from the New Zealander but she managed to pack plenty into 3 minutes.

An intriguing departure in terms of vocal style for starters, in which Harding seems to take on character. A quick look at live footage reveals her wrenching words out of the side of her mouth, between her teeth.

Her compelling way with a line is intact though –

A song so beautiful it feels wrong not to listen over and over.

Track 11 in this playlist

The title track of the EP has an anguished tone with a slightly haunted grace note courtesy of a chorus of filtered female voices.

Blakeslee’s own voice has a hint of Gordon Gano of Violent Femmes about it, but his would be the lower key yang to Gano’s feverish yin.

Maybe traces too of Elliot Smith in the raw heart on sleeve aesthetic and even Scott Walker in the unhurried elegance of the orchestral arrangements with a particularly effective tympani like drumbeat.

Time is the theme, or rather our approach to it, and life. There’s a deep pull to these lines.

The all round intrigue and arms length psych feel of the set.

6. M Ward – Slow driving man (Bella Union)
Over his career, M Ward has produced some of the most sublime songs which reference the roots of rock and roll – country, blues, swing, soul, a touch of lounge, orchestral – and here’s another absolute beauty for the collection.

With consoling back of the room strings, cavern reverb guitar and a devastating hushed croon, he creates a memorable atmosphere of dreamy late night intrigue.

That the song seems to be an epitaph to a friend who died in a car crash only confirms what a grade A songwriter Ward is.

In a word, narcotic.

There’s a delicate featherlight quality to these songs that would remind you of Fredo Viola, although the addition of cello on most songs gives an interesting extra emotional tug and weight to the arrangements.

Patrick’s voice is the key, a thing of high register beauty with a honey tone on the edge of falsetto, which although it may not be to everyone’s taste absolutely rocks my world.

That and the mysterious poetic quality of the words - I am a tunnel that’s not long enough...a headlight to your rabbit.

10. Nick Garrie – The nightmare of J.B. Stanislas
Gorgeous baroque pop reissue with a psych folk edge like a meeting of The Zombies and Nick Drake, with a side of Bob Lind, the definition of a lost classic.

Recorded in 1969 but it’s never too late for something this good.

11. Damien Jurado – November 20 (from the album Visions of us on the land, Secretly Canadian)
Another year, another brilliant album (actually three different ones, he also had a soundtrack and a covers album) from Damien Jurado.

This opening track from Visions of us on the land took on the thread from Brothers and sisters of the eternal son, brooding psych folk atmospheres and the sense of vast open skies, using not much more than muted chords on an acoustic guitar and his unmistakeable voice.

12. littlebow – Some may transition (from the album Three, Rural Colours)
Another instalment of delightful, pastoral folk music with a brilliant light and breezy touch from the band built around the very prolific Katie English and Keiron Phelan.

13. A Dyjecynski – Dead horses (from the album The Valley of Yessiree, Sideways Saloon)
Wonderful sound of slow moving country lounge from the playbook of a Bill Callahan or a Kurt Wagner.

The crowning glory is the voice, a deep but soft and trembling instrument in thrall to the soaring guitar.

14. Kathryn Williams & Anthony Kerr – You don’t know what love is (One Little Indian)
A stop you in your tracks version of the old blues classic, from their album of interpretations Resonator.

Just a vibraphone, a long reverb and WIlliams' voice which is an instrument capable of making the most mundane lyric sound out of this world.

Track 4 in this playlist

They make something lithe and supple and swoonsome.

Irish singer Lisa O’Neill, someone whose own work I personally haven’t dug up to now, adds a lovely dual vocal turn.

as a bass pulse dots the backdrop and assorted drones (sarangi, nyckelharpa?) swoop and slide. Later Khan’s devotional singing just crowns it, a beautiful percussive instrument against the drones.

It's a sweet and lovely thing which takes the charming strangeness of the original and turns it into something ancient sounding.

16. Itasca – No consequence (from the album Open to chance, Paradise of Bachelors)
There’s a shimmering, heat-induced quality to the plaintiff, straightforwardly beautiful folk songs of Layla Cohen of Los Angeles.

Above the delicate guitar figures and woozy steel guitar, Cohen’s voice drifts with an elegance that is particularly moving.

It’s unusual enough to hear a father and son duet, even more to hear such romance at the core. Although instrumental, it plays a thousand words.

Here’s an excellent line from the press release to go with the thrilling music.

“The sighs, outbursts, dips, elisions and surges of discord with which Claus' cello hooks the paternal elements breathe life once again into this improbable and mineral truth: if these two, the father and the son, were not always playing quite the same music during the sessions for the album, then they were certainly painting the same landscape.”

This music is guaranteed to pull you out of the 21st century, something we should all try now and again. As the bandcamp page puts it, “medieval cantigas intertwine with the music of long disintegrated renaissance courts, and real-time compositions produce parallel chord movements which seem to originate from the same, ahistorical place.”

This record basically puts our world in perspective, magnificently.

19. Teho Teardo & Blixa Bargeld – The empty boat (Specula)
An ominous web of a song from the tremendous album Nerissimo.

Written by Caetano Veloso but given a thoroughly European treatment here, all pizzicato tiptoe, like post war expressionism given sound. Check this from the press release.

“This record is also a nocturnal transfer, a diary of apparitions, it’s about colours that could transform the whole universe once you name them, a nocturnal flight with the lights off above european capitals.”

It is fantastic endless art.

20. Mikael Tariverdiev – The irony of fate (OST, Earth Recordings)
More vibraphone and an elegant soundtrack composer’s touch, giving an orchestral sweep and a pang of nostalgia.

Wonderful stuff and once again thanks to the Earth label for the “buried” treasure.

21. Jess Williamson – See you in a dream (Brutal Honest)
I absolutely love this from late in the year. There’s a deceptive and devastating simplicity to it, a wracked blues from the Austin Texas singer.

Williamson’s voice is a wonderful instrument for starters, hovering on the edge of cracking, somewhere between a plea and Portuguese fado, a distant relation to Angel Olsen maybe, so little enough is needed in the musical arrangement to set it off.

Just some of the tastiest reverbed and tremolo-laced guitar since Chris Isaak and perfectly judged drumbeats, shading in between the lines with sensitivity and artistry so that the magnificent singing remains centre stage.

All in all it has the air of a David Lynch soundtrack cut, a shimmer of moonlight, a shiver, a dream, something from another world.

22. Jherek Bischoff – Cistern (The Leaf Label)
Jherek Bischoff’s 2nd album is an instrumental meditation on the sea and the planet recorded in a giant underground water tank.

Throughout, the rolling watery pulse of the sea is implied in every string swell and subterranean rumble, with the power, majesty and poise of Gavin Bryars about it.

A magnificent moving tribute to the sounds of the universe.

As if sean nós singing was slowed down and stretched out until transparent.