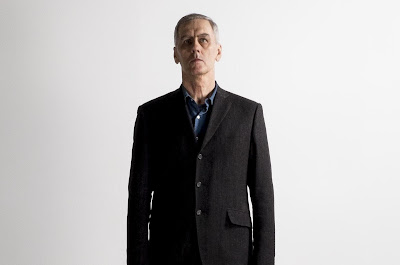 Part 2 of this list, out of four in total, the others to follow in January. There will be another Best of Mix also over the next week, stay tuned to Mixcloud.

1. Trashcan Sinatras – Let me inside (Or let me out)
A monumental year for fans of this treasured Scottish band. A new crowdfunded album, the wonderful Wild pendulum, possibly their best ever work, and tours in America and Europe.

And having seen them play live in November, the big insight (other than the obvious genius on show) was the sheer soulfulness of the songs. So yeah, top notch tunes and buckets of soul. I’ll take that any year.

Track 14 in this playlist


2. Britta Phillips – One fine summer morning (from the album Luck or magic, Double Feature)
Another artist I saw play live in 2016. In these thoughts from last June, I was zoning in on the fact that we don’t get to hear enough of her in her own right, whether that’s because of a certain shyness or something else. Because she is a wonderful singer.

My favourite though is the gorgeous ‘One fine summer morning’, originally a 1969 hit for Evie Sands. It’s full of suspended strings over acoustic guitars, a knock out flute arrangement (not everyone’s cup of tea I know but perfect in this winsome bittersweet setting) and – most crucially for me – a series of indiscriminate semi-choral rushes under the main melody. These have the effect of lifting and lowering you like a wave and would remind you of those unbeatable Bob Lind songs from the mid 1960s.

Britta’s voice is also clear and upfront which isn’t always the case, maybe because she’s become a very good team player over the years, a reliable sidewoman, rarely centre stage. It’s great to hear her like this and it seems to me that the tempo and arrangement of the song fit her voice perfectly too.

It’s hazy beautiful dream pop and I hope she doesn’t wait another 30 years for the follow up.

3. Christine & The Queens – Tilted (Because)
It’s fitting that this should turn out to be one of the songs of the year in which David Bowie and Prince both died, although it first came out in 2015.

That warped bass intro is second nature by now.

This is one of those songs you probably need the video more than most. Her dancing is part of the expression. A partner to her singing. Characterful. Individual. A little bit defiant.

It does the heart good to see the mainstream subject to an intervention like this.

4. The Monkees – Me & Magdalena (from the album Good times, Rhino)
A sublime picking up of the baton 50 years on had several memorable moments but none more winsome than this gem, or more appropriate to being sung by guys 50 years older. Written by Ben Gibbard of Death Cab For Cutie, this song has the grace and dignity to match the verve and energy of the best 60s Monkees.

5. Robert Forster – Love is where it is (Tapete)
And we have to follow The Monkees with Mr Forster, who toured and published a book this year, the tremendous Grant & I memoir. This single from his 2015 album Songs to play had the great man going all bossa, although still retaining that familiar sense of style – “I’m walking down the street and I’m flash, a suit and tie and a pair of blacky pants” – while wife Karin shades in the vocal spaces sumptuously.

The gig in Whelan’s last May was one of those special nights that tends to dominate the memory, in which he was bolstered by a brilliant backing band.

There was so much heart and soul on show. From Robert for sure. Never more than at the first encore, when he arrived back on stage unaccompanied - “this is a song I didn’t write, I wish I had, hopefully I can do it justice”. There followed the opening bars of ‘Cattle and Cane’ and the roof almost lifted off the building. One of the best loved Go Betweens songs written by Grant McLennan whose 10th anniversary was only last month. Afterwards, no mention of Grant by name, no need, just a glance to the ceiling and a finger in the air and a meaningful look in the eye. Touch of class, that.

Track 5 in this playlist


6. Robert Rotifer – Calais (Gare du Nord)
Speaking of prolific, Robert Rotifer released an EP and an album in the last year. This is the song that became obligatory for me from the If we hadn’t had you EP, a woozy and surgically short jazz folk mood piece about the makeshift camp in Calais known as The Jungle. The song shuffles uneasily by, much like European popular opinion.

An essential piece of music for 2016 especially.

Track 6 in this playlist


7. The Chills – Pink frost (Flying Nun)
Flying Nun did a great thing this year. They reissued Kaleidoscope world 30 years on, a collection that almost bottles the genius of Martin Phillips. One of The Chills’ best loved songs, ‘Pink frost’ has the sweet and sad hush, the thrum and chime of guitars and the always reaching voice of Phillips. The word legend applies.

8. Emma Pollock – Parks and recreation (from the album In search of Harperfield, Chemikal Underground)
The Delgados co-founder released a beautiful album of probing chamber pop in the spring. This single has more of an indie stab off it, but all the better for that, with Pollock full of attitude, red ox blood docks and all.

9. Whitney – No woman (Secretly Canadian)
The downbeat perfectly appointed antidote to all those windy male singing buffoons. Like a white soul Midlake. A little bit stoned and all seeing for that.

Some kind of wisdom in these deceptively banal words -

Whether you go with “feral indie bros” (The Guardian) or “Neil Young guesting with The Band” (that was me) or some other line, you’ll find it hard not to fall in love with. The dappled electric piano intro. The high tone male semi falsetto. The unbeatable twisting guitar part. The stoic banks of trumpets. The swooning fiddle. The general country soul swing and amiability.

A beguiling mix. And one of the sounds of the year.

10. Bat For Lashes – I do (Parlophone)
I haven’t gone every step of the way with Natasha Khan since her wonderful debut album.

Even on this, her fourth album The bride, there are moments where we part company – the more gratuitously overwrought ones mostly.

This opening track though, this is her thing.

11. C Duncan – Nothing more (Fat Cat Records)
Hard to pick just one song from Mr Christopher Duncan’s second album, another sublime set of tunes – again entirely self composed and arranged – from the Glaswegian.

There’s a compelling devotional quality to this (sharing some elusive DNA with fellow Glaswegians The Blue Nile) which tends to suggest there is something sacred in everything if we just care to notice.

12. The Avalanches – Subways (XL)
Another triumphant return in 2016, The Avalanches released a string of killer singles from the Wildflower album. This is simply deeply groovy and wide eyed dance music. Great fun + brilliantly conceived and constructed = class pop song.

It’s 3 and a half minutes long but feels like a full blown symphony.

If you need any other reasons to be endeared, it seems to be a song about love and dancing.

Another one of the year’s essential sounds for me.

14. The Goon Sax – Sometimes accidentally (from the album Up to anything, Chapter Music)
Forster Jr (Louis, son of Robert) was also busy this year, releasing a debut album of fine promise with some fellow Brisbaners.

Here we have a pummelling floor tom drum. A circling acoustic guitar line. A defiantly chugging bass. Which all adds up to no nonsense.

But the vocal demurs. It’s a love song of sorts. But it dwells on feeling inferior to other suitors. It’s all refreshingly uncertain and hangdogish.

A bit like The Go Betweens in fact (the band also has a female drummer). Which might be a bit obvious but still no higher praise is possible.

15. Maria Usbeck – Moai y yo (from the album Amparo, Labrador Records)
A shimmering tropical journey inpsired by her home country of Ecuador. It sneaks up on you, loping along in deceptively casual fashion, somewhat like a Juana Molina song might, a seething undercurrent of ideas below the handsome top notes.

16. Benji Hughes – Magic summertime (from the album Songs in the key of animals, Merge)
Here’s one that might have flown under your radar this year, even under my own a bit even as I was playing it on the show.

There’s something hard to describe going on in the arrangement. A suspense, a drone stuck on one note, an irresistible thrum, a series of muted piano stabs...

...while the vocal drawls the simple secrets of love, the universe, everything.

There’s something avant garde hidden within the downbeat beauty of the melody. It’s a thing of mystery and intrigue. It’s a wonderful piece of pop music.

Track 6 in this playlist


17. August Wells – A little too real (FIFA Records)
From the band who released their first album, Madness is the mercy, in this part of the world this year.

A glowing soul burner, one of many towering tunes on Madness is the mercy, but the horn and wind arrangement on this is SO great, coupled with Ken Griffin’s lived in croon.

18. Kevin Murphy – Don’t forget me
Another magnificent album this year from the Corkman abroad.

This, the title track, a heart wrenched recording of love and loss. With barbs intact, and banks of startling vocal harmonies giving voice to the pain.

It all adds up to the intriguing prospect of Irish folk music made to collide with post club soul melancholy.

19. The Monochrome Set – Cosmonaut (Tapete)
Brilliant burnished agit pop from Bid and friends. They get older but they just never get old.

It’ll all charm the pants off you while you’re swinging your hips.

21. This Is The Kit – Les plus beaux (Brassland)
Sublime piece of French pop from the English group, a cover of a Francois & the Atlas Mountains song from the Rusty and got dusty EP early in the year.

French not just in language but in the shimmering organ, the brisk percussion, the children’s backing vocals.

Les plus beaux is right.

22. Howe Gelb – A book you’ve read before (from the album Future Standards, Fire Records)
And to finish, from late in the year, Howe Gelb in a glorious duet with Lonna Kelley, a pair of smoky world weary croons.

There’s a narcotic effect to this dual vocal, sleepy and late night. But though steeped in later years nostalgia, there’s a satisfying knottiness to the lyric that keeps pulling you back to wide awake.

Track 1 in this playlist