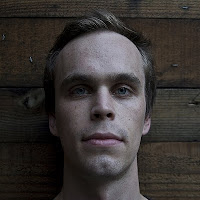 A new soundtrack work by the now Berlin resident (following last year's Congregation and 2009's Falling from trees dance soundtracks, both also on Erased Tapes), this time to a film documentary by Jennifer Anderson and Vernon Lott about a cluster of unsolved cases of missing and murdered young girls in Idaho around 1980, and the main suspect that links the cases. With subject matter like that, and track titles like She just quit coming to school, Until the person is apprehended and Circumstantial evidence, you might expect something dour, serious, hopeless. Far from it. Broderick manages to maintain a delicacy and lightness of touch about the arrangements, without sacrificing a certain ominous quality in keeping with the subject matter. Broderick’s main instruments (if it’s fair to call them that, he seems to play everything, including vibes and steel drums on stage with Efterklang in Cork last July), piano and violin, are most prominent, to plaintiff and moving effect. Suspenseful brushed violins combine brilliantly with background swells and rumbles on Some fisherman on the Snake River. For contrast, The person of interest features layers of strident violins and low end (almost tympani-style) piano notes, to create a plot-advancing, police procedural feel - the one track that deviates from the album’s prevailing mood of beautifully unhinged melancholia. The stand-out moment for me is the otherworldly It wasn’t a deer skull, a sublimely unsettling major-minor shift of winsome violin over brooding ambient and choral backdrops – there’s also a pleasing touch of Jack Nietzsche’s One flew over the cuckoo’s nest score about it. (Its piano theme also previews in sparse form on We enjoyed life together.) Vocals are used only very sparingly - on the opening track In the valley itself (female, wordless) and the closing Old time (the film’s credit music), a lilting, nostalgic tune of plucked acoustic guitar and violin, sounding very much like an out-take from his 2008 album Home. In the accompanying press release, Peter says –

“I set out to create some textural soundscapes which could complement the building tension of the story without being too intrusive or suggestive. Days and nights, snowed in and experimenting with layers and layers of whichever instruments I had around, finding a murky atmosphere that fit with the uneasy feeling which the film gave to me.”

Job done, I’d say. (Is a 24-year old too old to be called a wunderkind?) Another poignant and intriguing collection to add to this man’s already awesome body of work. And another triumph for Erased Tapes, a bona fide treasure of a label.

*The press release also contains a charming backstory to the album’s recording, featuring Peter Broderick falling on his feet in spectacular fashion, as he contemplates a move to Berlin in November 2010. He managed to rent an apartment there in a building where the landlord wanted only musicians living (sounds like the land of make believe to me), above a piano shop which Peter had the run of outside of business hours. In this abandoned musicians’ playground, Music for Confluence was conceived and largely recorded. You couldn’t make it up, really.
Berlin Erased Tapes Jennifer Anderson Peter Broderick Soundtracks Vernon Lott