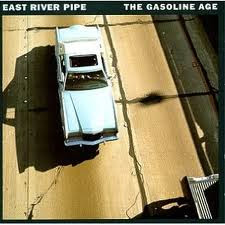 These are home recordings dressed in simple 3-chord guitar patterns for the most part, with rudimentary (although often cavernous and sinister) drum machines and some choice synth support. If anything, the plain and unfussy arrangements add an extra layer of emotion to the songs about strivers, drifters and losers. There are so many great moments, there’s no way around making a list.

‘Wholesale lies’ is like some fabulous Big Star outtake, all thrilling trebly acoustics and strident vocals.

There’s the gorgeous ‘My little rainbow’, a lovely, loose country lead at the centre.

And the wonderfully evocative ‘Party drive’ with these lines, the epitome of street poetry -

“a joint for me, pills for you
summer nights, no cops in sight
it’s a party drive”

‘King of nothing never’ (covered by Lambchop on the album What another man spills) is another gorgeous fuzzy guitar jangle serenading loss and over too soon.

The glorious ‘All you little suckers’ even has a touch of AM radio to it, harmonies from The Beach Boys and a chord sequence from Bread.

The sublime guitar uplift on ‘Astrofarm’.

The heartbreak of ‘Atlantic City (Gonna make a million tonight)’, it’ll get you right in the ribs.

That’s not the half of it. The songs are special, from start to finish. Throughout, Cornog’s voice has more than a shade of the wry world weariness of Dean Wareham about it, such a poignant instrument. And the songs have a distinct and enduring literary quality, conjuring vivid imagery in every line.

It’s a tremendous album, for filing between Lambchop and Silver Jews, and deserving of a place in every record collection.