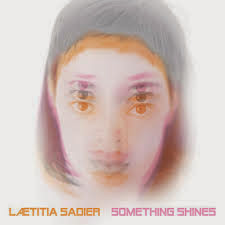 The epitome of this is the middle track, ‘Release from the centre of your heart’, which comes across very much as the centrepiece of the album. It has shades of Stereolab in the vocal layers, but these are outweighed by thoughts of the orchestral cosmic soul of Curtis Mayfield, or the lush uplift of Burt Bacharach. It’ll be hard to find a pop song more stirring and beautiful this year. I also think it’s significant that she’s using her native language now, as if challenging listeners to meet her on her terms, as if to say “come and engage with these ideas”, something which could also hold true for Little Tornados.

The Little Tornados project was formed by Laetitia with film-maker and activist David Thayer along with a bunch of other close collaborators. There’s a distinct political edge to the songs, albeit that they are wrapped in beautiful dream pop arrangements, with drunken steel guitars, woozy brass and even some very sleepy harmonica.

It all seems to be further evidence of the rise and rise of the protest song in underground circles. That form seemed to be in hibernation until at least the mid-point of what we will continue to refer to as the recession but there’s been a resurgence in the last couple of years. It’s still unusual to find (broadly) dream pop used as the vehicle - tales of chicanery and corruption have tended to lend themselves to folk or perhaps hardcore punk traditionally.

Overall it’s wonderful to hear Laetitia back in prolific form and in great voice.